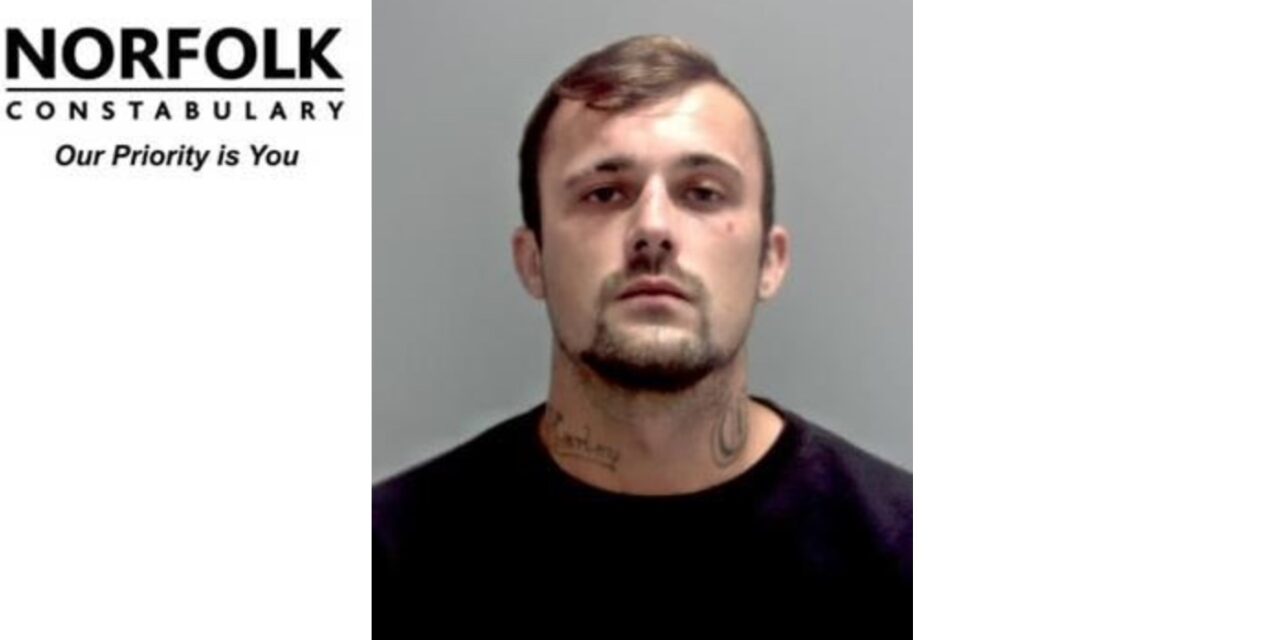 Police are appealing for help to trace a wanted man.

James Hudson, also sometimes known as James Jennings, aged 24, is wanted on recall to prison for breaching the terms of his licence.

He is described as a white, approximately 5ft 7 and of slim build with short brown hair. He has tattoos on his neck.

He has links with the Dereham, Swaffham, Thetford, King’s Lynn and Norwich areas.

Anyone who may have seen him or knows of his whereabouts should contact Norfolk Constabulary on 101. Alternatively they can contact Crimestoppers anonymously on 0800 555 111.