With this show Musical Memories, we’re treated to a revue of the Threshold Theatre Company’s back catalogue of shows since their creation by the Norfolk and Norwich Operatic Society in the 1990s; taking some pieces that you might not find on a compilation of the most familiar songs from the musicals and mixing those with some well-known belters!

Their Chairman (Ian Chisholm) punctuates the evening with tales and anecdotes about the group’s experience of past performances introducing each set of songs. In the reasonably intimate setting of The Assembly House’s Music Room, the company made good use of the space available; taking advantage of the stage, the central aisle through the audience, and the balcony above the stage.

Early in the evening, a solo performance by Joe Perry highlights the importance of companionship because with loneliness, ‘a person can develop a cold’ [look it up on your favourite search engine if you don’t believe him].

In case you wondered why some roadworks and building projects seem to take an age to complete one of the construction workers was busy being a ‘Macho Man’ on stage with some of his pals, including an American Indian, and a sailor on a recruitment drive. But hold on to your hats, as even the show’s Musical Director (Joe Ringer) joins other members of the cast (Stephen Brown and Shane King) to perform a number from The Full Monty; a show the company performed in 2009.

The show had the potential to be about as camp as a Generation Game Christmas Special replete with comedic costume, clumsy matching of mic stands to marks on the stage, and exaggerated acting. Particularly when we got transported to Dollywood by Ashley-Kate Inns, Sam Parker, Rebecca Jillings, and the company. Nonetheless, those attributes are just the ticket for a great night out and a fabulous production!

From the outset, there is an obvious chemistry and camaraderie among the company; you can tell that they really enjoy what they’re doing and want to share their love of musical theatre with you. I found myself tapping my toes along to many of the songs and have an indelible mental image of some outstanding performances. If the superb talent on stage for this performance is indicative of the Threshold Theatre Company’s quality, I can only wait with baited breath to discover how they will interpret Elf, The Musical at The Playhouse later this year. 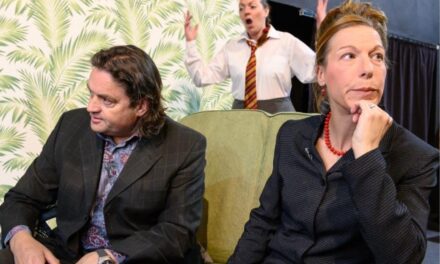 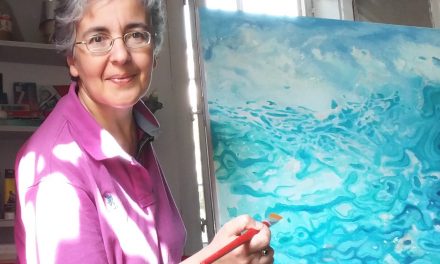