On a cold January night it is very tempting to stay wrapped up warm indoors, waiting for the first hints of spring. I am glad that I did not stay in, but set out into the icy chill winds to travel around the world, not just in 80 days but in just over two hours.
This week the whole world is on the stage at Norwich Theatre Royal, in the rather glorious form of a modern take on Jules Verne’s classic novel. What appears at the start to be a light and whimsical stage comedy develops into a high speed taster menu of the many flavours of the cultures around the world that would have greeted an 1872 adventurer.
The tale at the heart of the Jules Verne classic is simple and elegant. Gentlemanly Phileas Fogg regulates his days by precise mathematical calculation and relaxes at his club with a daily game of whist. When club discussion turns to the time taken  to circumnavigate the globe he asserts that it can be completed within 80 days by the use of the then new technologies of steamships and trains. Amongst the sporting gentlemen of the club this promptly turns into a wager for twenty thousand pounds as Fogg accepts the challenge of proving his hypothesis with an immediate start.  Andrew Pollard is suitably poised as Fogg, looking rather like a sober Vivian Stanshall blind to the beauties of the world he traverses.
His travelling companion is the diminutive French valet Passepartout, played with enormous flair by the puckish Michael Hugo. Passepartout is everything Fogg is not, a mischievous yet loyal jack of all trades who specialises in getting into scrapes and then out of them. The multitalented Hugo displays considerable athletic and circus skills in this lively show, but above all he is very funny and draws huge applause when apparently ad libbing to the occasional mishap in this technically challenging performance. Sit in the front row if you can, then you will get to know him well!
The other members of this eight strong cast all play a bewildering variety of characters as we go around the world with Fogg and Passepartout. The cast themselves represent every corner of the world, and bring skills, language and culture to enhance this sparkling show. They all have the strength and grace for the impressive physical aspects of this show, with fights, flights, falls and frolics throughout as they dance and dive their way around the stage.
Fogg’s disappearance coincides with a large bank robbery, so a suspicious Inspector Fix (Dennis Herdman) gives chase from Suez to Liverpool, constantly trying to trip Fogg and his valet. Meanwhile the adventurer rescues the fated Mrs Aouda (Kirsten Foster) who is due to suffer ‘suttee’, the barbaric practice of burning a widow alive after her husband’s death. She joins the travelling companions, with not unexpected results.
When I set out in the cold to the theatre I expected a lightweight but nicely dressed show with a hint of the ripping yarn to it, but there is so much more to this show. It brings a wealth of diverse life before us, with carefully chosen props, words and costumes and events combined with brilliant improvisation – some bolsters become a herd of bison, a tweed coat turns into an elephant – and a very clever score that helps our imagination fill the gaps and keep up the relentless pace of action. Director Theresa Heskins doesn’t miss a chance to add to the fun on this busy stage, with Movement Director Beverley Norris Edwards bringing us a host of clever stunts and tricks that become a theme throughout. The only interruptions to the pace of the show come when the audience are collapsed in laughter or applause, and even these interruptions are turned to their own advantage by this talented cast.
This is a magical show that all your family can enjoy together – no need for the added adults-only innuendo of panto. But I give you a fair warning – after you have bought your tickets and enjoyed this show you might just want a few steamship tickets for your own round-the-world adventure.
© Julian Swainson 2018

Around The World In 80 Days is at Norwich Theatre Royal until Saturday. All shows at 7.30pm with a Saturday matinee at 2.30pm.
To book, log onto www.theatreroyalnorwich.co.uk or call the box office on 01603 630000. 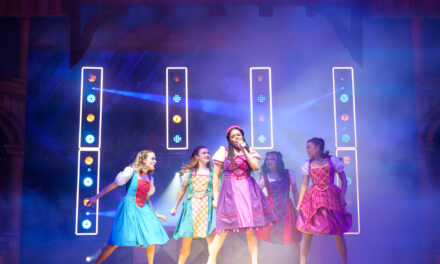 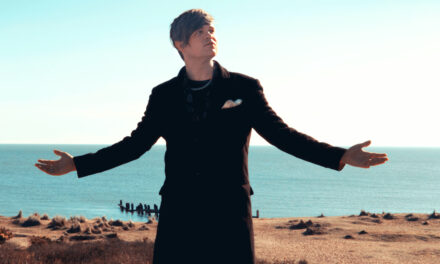 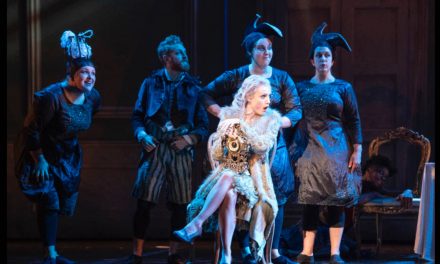