Trees brought down on Norfolk’s roads by Storm Fionn

Staff and contractors at Norfolk County Council have been thanked for their efforts to clear roads of fallen trees after one of the most damaging storms of recent years.

Storm Fionn battered Norfolk early on Thursday morning and the County Council received 40 reports of trees fallen onto roads across the county within half an hour by 5.30am. By mid-afternoon the highways team had cleared 100 trees from roads and all but one of the major routes for which the council is responsible were open (Highways England is responsible for the A11 and A47). By comparison, Storm Aileen in September 2017 brought down 35 trees in total onto the county’s roads.

At its peak, more than 100 members of Norfolk County Council’s highways team, crews from Norfolk Fire & Rescue Service and additional contractors were working to get roads cleared and safely passable, prioritising A roads, moving onto B roads next and then C and unclassified roads.

The only Norfolk County Council A road still closed is the A1075 at Breckles near Thetford, where a large tree has fallen onto the carriageway with live cables in its branches (a photo of the tree is available for download via the link at the end of the press release). A tree surgeon is on site and is working with utility companies to get the road open today. Around 40 highways staff are still working to clear a further 60 trees that are blocking or partially blocking minor roads in the county.

Martin Wilby, Chairman of the council’s Environment, Development and Transport Committee, said: “This has been a really demanding day for our highways team but they’ve absolutely risen to the challenge, getting out swiftly to reports of trees blocking roads in pretty treacherous conditions, particularly early on.

“The majority of Norfolk’s roads will be reopened and safely passable by the evening rush hour, which is a fantastic effort by our staff and contractors. I’m very grateful to them for their hard work to keep people safe and get things back to normal as quickly as possible.”

Norfolk Fire & Rescue Service (NFRS) also experienced a huge surge in the number of call outs between 5-10am this morning, with crews working throughout the day to assist in clearing sites and ensuring the safety of the public.

As a special provision, two chainsaw crews from NFRS’s Urban Search & Rescue Team have been working to assist police and highways in clearing the main roads. This included on the A11 Northbound at Thetford where there were several trees blocking the carriageway.

Norfolk’s Chief Fire Officer David Ashworth praised the efforts of the agencies involved. “Today has shown us a great example of agencies working together to ensure the safety of the people of Norfolk and get the road network moving again as quickly as possible. Our crews have worked flat out across the county.”

Several people have taken to social media to show their appreciation for all the efforts to get the roads cleared quickly today. On Facebook, Lyn Toynton said: “Thank you to the lovely guy I spoke to an hour ago, reporting a tree across my elderly parents driveway in Cromer….cleared already!! Thank you…brilliantly efficient work for which we’re all very grateful!”

The strong winds that battered the county in the early hours of the morning have now eased but people should still be cautious when making any journeys by road and drive to the conditions. Particular care should be taken when driving around blind bends and on little-used country roads as there could still be debris on the road surface. 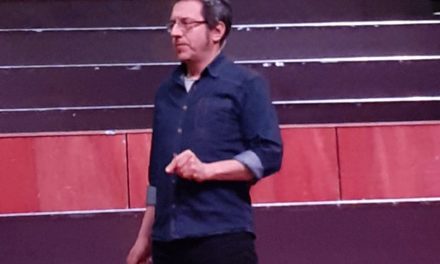