Who remembers 1989?
1989 marked the first production of ‘The Woman In Black’, this week’s offer from Norwich Theatre Royal. If a play has been gracing stages for that long, it is worth a look.
It is a simple and straightforward offer, at first. A two hander and classic thriller that builds tension from the start and guarantees a few shocks and surprises along the way.
Like all good horror tales we spool back about a hundred years to time when taking a pony and trap might not have been modern, but was quite normal. Keep your eye out for that pony and trap.
A young solicitor has to go to some miserable foggy corner of the East coast to sort out an old lady’s will. The trip brings more challenges than he might have expected, and events that will change his life forever.
The play starts with a complex presumption, that the once young solicitor needs to banish the ghost of this excursion by taking an actor’s guidance about how to tell his tale and vanquish the spectre of these past horrors. This takes a little while to gain credibility, but establishes the way the play works. It also sets the scene for some of the cleverest stagecraft you will see, with the two players swapping from role to role. The young actor takes the role of the older narrator who needs so much to exorcise the ghosts of his past, while the now older solicitor plays the other characters in the drama.
This construct demands much from the two acknowledged performers in this piece, David Acton as the solicitor Arthur Kipps and Matthew Spencer as The Actor. The stage is a theatre in reverse – we are looking at the back end of a stage as the actors will see it. The telling of the tale draws us into the terror of young Kipps’ experience.
This play demands precise timing and a wide range of theatrical skills from the two men on stage, and they have few moments when they are not both engaged with the delivery of this gripping tale. There are shocks and surprises from the start, and behind everything is the mystery of who the ‘Woman In Black’ might be, and just what she will do to anyone unlucky enough to catch a glimpse of her. You really don’t want to do that. It will not end well.
So enjoy the suspense, listen as the tale unfolds, but do you want to catch a glimpse of the the woman in black? You just might!
This is well crafted theatre at its best, taking the most minimal of details to make us jump from our seats. The two leads have immaculate timing and build a world we can quickly get lost in, while getting us truly frightened that somebody else is here, and all is not well.
©Julian Swainson
Listing:
The Woman in Black, Tuesday 18 – Saturday 22 April at 7.30pm, and matinees Wednesday, Thursday and Saturday at 2.30pm. Tickets £7-£24.50. Discounts for Friends, Schools, Corporate Club, Over-60s, Under-18s and Groups.
To book, call the box office on 01603 630000 or log onto www.theatreroyalnorwich.co.uk 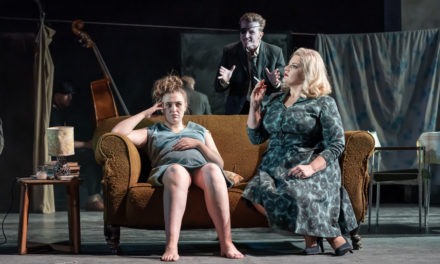 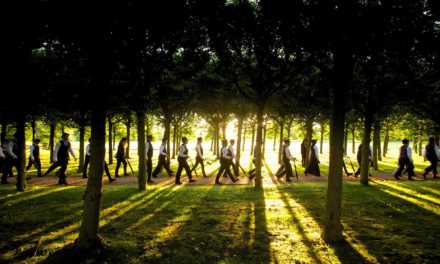 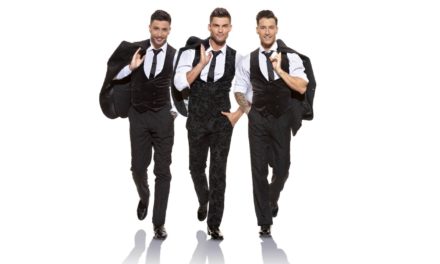