Shrek is set to return to the Theatre Royal tomorrow.

Shrek is set to delight audiences all ‘ogre’ again as the hero and the ever-loyal Donkey embark on a quest to rescue the moody Princess Fiona from her tower guarded by a fire-breathing but love-sick dragon.
Add in the vertically-challenged Lord Farquaad, a host of fairy-tale misfits and a biscuit with attitude and you have a show which runs from June 26 to July 8 and is set to delight and enthral all ages.

Taking on the title role is Steffan Harri who played the role on the show’s very first tour and also has a string of West End credits including Les Misérables, Spamalot and Children of Eden.

His wise-cracking sidekick Donkey will be played by Marcus Ayton whose previous roles include Sammy Davis Jr in The Rat Pack Live, Ray Charles in A Tribute To The Brothers Live, and the UK tour of Joseph and the Amazing Technicolor Dreamcoat.

Meanwhile Samuel Holmes will play the villainous Lord Farquaad. He is currently playing George in the UK tour of the Wedding Singer, and has previously appeared in the likes of Mrs Henderson Presents, Spamalot, Kiss Me Kate and Crazy For You.

The role of Princess Fiona is still to be confirmed for the Norwich performances but there will be local interest as King’s Lynn-born and bred Kevin Yates returns to the show in the ensemble. Also heading back to the production to direct it is Nigel Harman, who directed the previous tour which came to Norwich and is also known for playing the role of Dennis Rickman in EastEnders.

Co-producer Nick Salmon said: “I am thrilled that the show will be reuniting many of the talented team members who have been involved in the production since day one. Nigel has gone from being Lord Farquaad in the West End to directing our touring production and Steffan, who was previously one of our hilarious Three Pigs, will be stepping into Shrek’s ogre-sized shoes. We can’t wait to bring this much-loved story to Norwich once more.”

John Bultitude, of Norwich Theatre Royal, said: “We are so excited to welcome Shrek back to the city. The gentle giant and his friends brought theatrical magic last time they were with us and are sure to put a smile on everyone’s summer next year. The incredibly-talented cast and the stunning direction of Nigel Harman make this a must-see”. 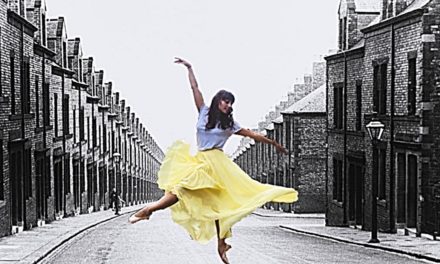