Showtime from the Frontline tells the story of Mark Thomas’ attempt to set up a comedy club in the Palestinian city of Jenin.

Norwich Playhouse is honoured to be hosting one of the first performances of this astounding show, on Thursday 8th February, 7.30pm.

Performed by writer, comedian and campaigner, Mark Thomas, and Faisal Abu Alhayjaa and Alaa Shehada, who have travelled from Palestine, Showtime from the Frontline celebrates a multitude of voices.

Moving, funny, and relevant, Mark Thomas’ latest production explores freedom of speech and expression, and of finding humour even in the darkest of places.

Mark Thomas is known for his political comedy, and Showtime from the Frontline is truly radical in concept and execution. Inspired by his experiences of establishing the Jenin comedy club, this is a show about the nature of comedy, from the art of performance to the politics and power of comedy.

“We’re thrilled to be welcoming a tour preview of such an exciting, relevant, and pertinent show to the Playhouse. We’re sure Showtime from the Frontline will be an eye-opening and hilarious account of a world most people have little knowledge of.”

Showtime to the Frontline will be at Norwich Playhouse, Thur 8 Feb, 7.30pm. Find out more: http://bit.ly/ShowtimefromtheFrontli 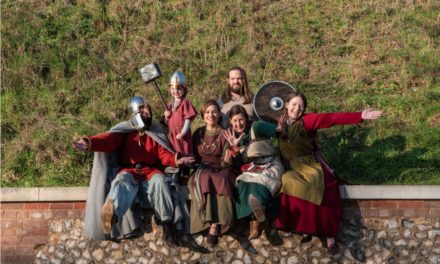