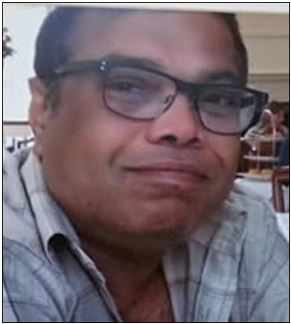 A Wymondham woman has been convicted of murdering her 57 year old husband following a drunken domestic incident in the town in March 2019.

Jeyamalar and her husband, Kumarathas Rajasingam, had been at their home in Burdock Close with their two adult children when, late during the evening of Saturday 16 March 2019, the East of England Ambulance Service had taken a call from their daughter to say her mum had stabbed her dad.

When officers attended the address, just before midnight, they found Kumarathas with stab wounds to his side and back as well as an injury to his head, thought to be caused by a fall. Despite receiving critical care at home and then being taken to the Norfolk and Norwich Hospital where he underwent emergency surgery, Kumarathas sadly died on Sunday 17 June 2019 of multiple organ failure as a result of a massive internal haemorrhage.

During the trial the court heard how Jeyamalar had a history of alcoholism which became significantly worse following the death of a close friend in 2008. Over the years that followed the family came to the attention of police, both in Norfolk and London on a number of occasions, in relation to domestic related incidents as well as reports of anti-social behaviour and drunkenness in and around the family home and the shop they owned in Blackthorn Close, Wymondham.

Detective Inspector Neil Stewart said: “Today’s verdict sees the conclusion of a trial that has been extremely challenging for everyone involved, particularly the children of both the victim and the offender who were present at the family home as these tragic events unfolded. Despite sharing the care of their autistic son and being the family breadwinner, Kumarathas was often subject to abuse from Jeyamalar and this culminated in her use of a kitchen knife to stab him, causing him catastrophic injuries. It is a tragedy for all involved.”

The  family of Kumarathas Rajasingam have asked for the following tribute to him from them to be published: