NNUH has launched a pilot Anti-Spiking Campaign, working with clubs and bars in the city to keep party-goers safe over the Christmas period. If successful, and funding is available, the campaign will be rolled out more widely.

The spiking of drinks – adding drugs or substances to a person’s drink – or injecting them without their prior knowledge or agreement, has become more prevalent across the country, with a number of incidents reported in Norwich.

This year a NNUH lab team have joined forces with the police, the SOS wellbeing bus, and selected clubs and bars to offer anti-spiking kits, so anyone who thinks they (or a friend) have been spiked can ask at the bar for a kit to provide a sample, which is submitted to the NNUH lab for testing.

All samples are anonymous, and tested for substances connected with spiking, with results sent out via encrypted barcodes linked to the sample.

The aim of the Anti-Spiking Campaign is to raise awareness that it is a criminal offence to spike drinks or inject someone without their knowledge or consent, and to gather data on what substances are being used.

The six-week pilot over the festive period will gather data on how prevalent the problem is, as well as supporting emergency and urgent health care workers to treat more effectively and support people who fear they may have fallen victim to this activity.

It is also hoped that by providing people with kits in the clubs and bars they can carry out testing quickly, without the need to present to emergency departments if unnecessary.

Pilot creator Michelle Frost, a Biomedical Scientist at NNUH, said: “This is a really exciting project. It is a hugely important campaign as we aim to learn more about spiking so we can better tackle it together. “

Michelle added: “It is an extremely anxious time for anyone who thinks they may have been spiked. These kits will give them the opportunity to take a test, and although the results won’t be immediate, it gives an opportunity for laboratory-quality detection, with the ability to detect very small amounts of drugs, which has never been offered locally outside the hospital for spiking before.”

Norfolk Constabulary, Chief Inspector, Ed Brown, said: “We have seen that reports of spiking are on the increase in the county, and this is a great campaign that will give reassurance to the public when someone believes that they may have been spiked. We are very happy to support this NNUH pilot and will be working with them to understand the anonymised results and what this means for the policing response.”

There have been 90 recorded incidences across Norfolk since the beginning of October 2021. Protests are occurring with the boycotting of clubs by UEA students and there have been increased ED admissions due to people fearing they had been spiked, with a rise in samples received into the NNUH Toxicology department from Norfolk and Suffolk.

Kits will provide a relatively inexpensive way of identifying the compounds a person has in their system, which could reduce the number of admissions to ED. 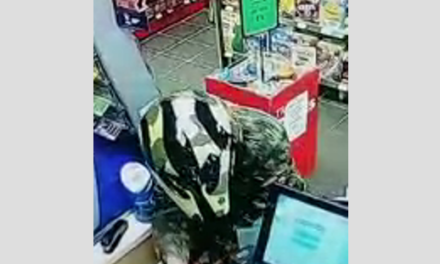