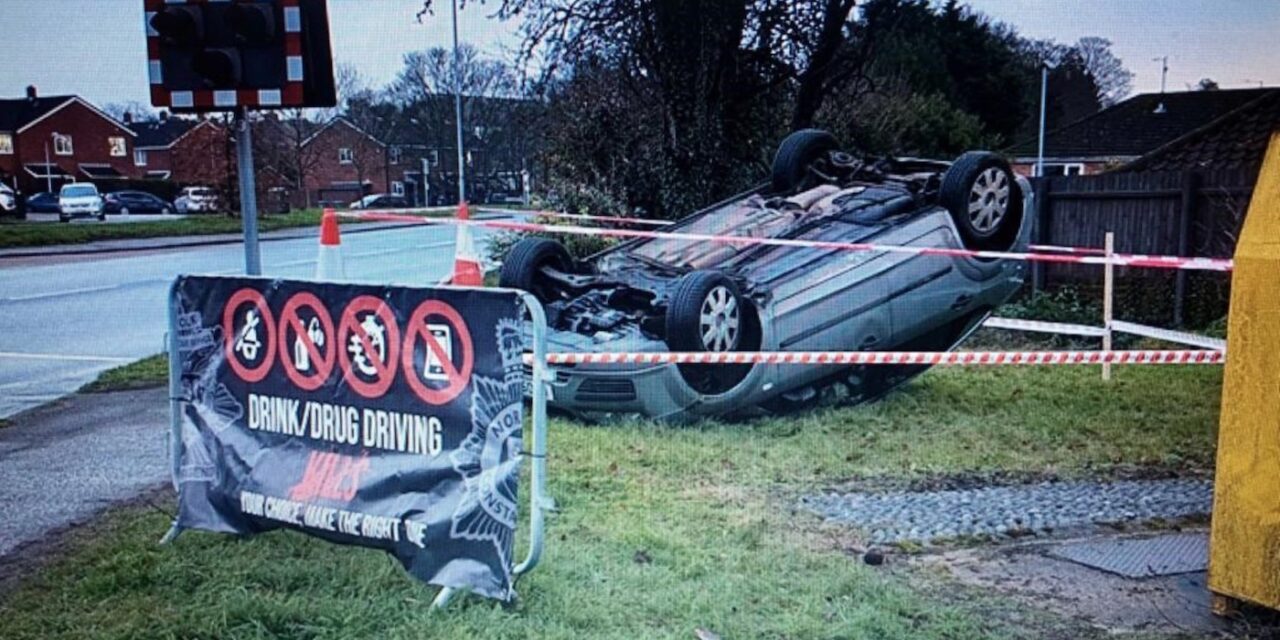 Not normal for Sprowston – photos supplied

Motorists and other road users are being given a stark reminder of the dangers of the #Fatal4 this festive season, with crash scenes being recreated outside Norfolk fire stations.

Fire crews attend the aftermath of road traffic collisions every day across Norfolk and such emergencies make up a larger percentage of incidents than crews spend dealing with fires.

Many road accidents involve excess speed, the use of mobile phones while driving, drink/ drugs or drivers and passengers not wearing a seatbelt- the #Fatal4.

They feature the kind of scene that faces emergency services and that can have an impact not only on motorists and their passengers, but often involve other road users such as cyclists, motorcyclists, pedestrians and horse riders who also have a responsibility to play their part and keep everyone safe on our roads.

“As well as those directly affected by road collisions, there are wider reaching implications for families, friends, witnesses and whole communities. This festive season we want all road users to take extra care and for everyone to think about the Fatal Four and not get behind the wheel unless it is safe to do so,” said Assistant Chief Fire Officer Scott Norman.

The King’s Lynn and Norwich mock crash scenes will remain at the roadside until the New Year. Banners alongside the displays feature the wording “Drink/Drug driving kills. Your choice, make the right one.”

The campaign is helping to support the messaging of Norfolk Constabulary’s annual Drink/ Drug driving campaign which launched last week.

The fire and rescue service will be using imagery from the scenes as part of its social media work throughout the festive season to remind residents of the #Fatal4.

For more information about the Fatal 4 and road safety, visit: Safety on our roads – Norfolk County Council 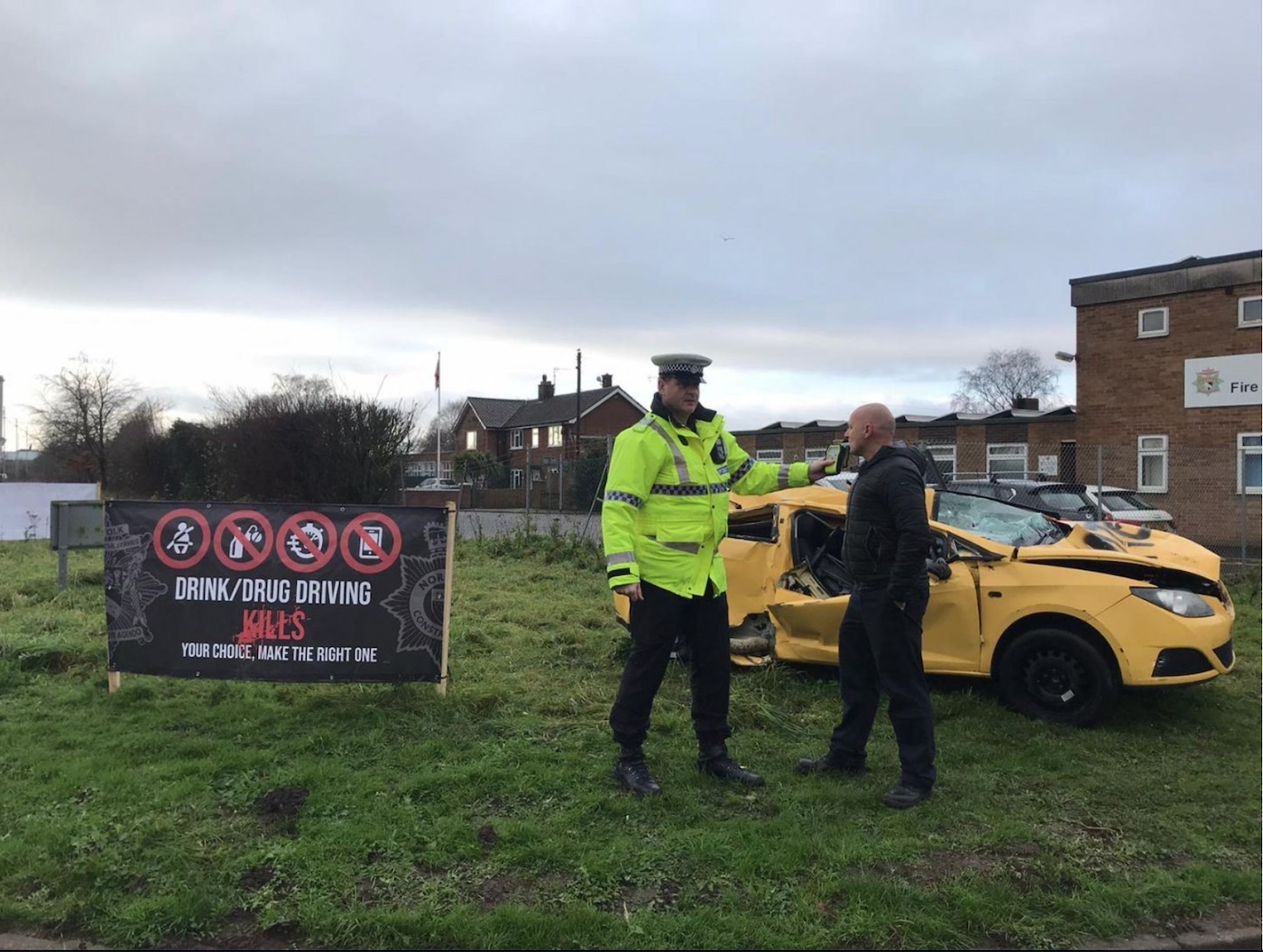 The Kings Lynn scene, so that will likely be a drugs test!