GIULIO CESARE – OCTOBER 16-17
One of the most heroic and epic operas ever written which documents an intense period in world history is coming to Norwich Theatre Royal this autumn.
Giulio Cesare is renowned as one of Handel’s most celebrated works boasting intense music, strong characterisation and a gripping plot.
English Touring Opera is presenting it in two parts across consecutive nights beginning with The Death of Pompey on October 16. It follows the story of Caesar after he has defeated his rival Pompey. He now has to deal with the machinations and manipulation of the King of Egypt, Ptolemy, and his sister Cleopatra.
Then the following evening, Cleopatra’s Needle takes to the stage. It sees The Battle for the Kingdom of the Nile reach a crisis. Pompey’s family is enslaved, Caesar is presumed dead and Cleopatra is held captive by her brother.

The production boasts some incredible operatic talent on stage headed by Christopher Ainslie in the title role.
A native of Cape Town, he was a boy chorister and started studying voice before moving into a new career as a chartered accountant. While on secondment in the UK, he decided to return to his first love and ended up studying singing at the Royal College of Music.
Much in demand across the globe, he has won a number of awards, performed at the likes of the London Handel Festival and is also an accomplished chamber musician.
Meanwhile Lancashire-born soprano Soraya Mafi will take on the role of Cleopatra. She studied at the Royal Northern College of Music and the Royal College of Music and has worked with English Touring Opera’s James Conway before on his production of L’incoronazione di Poppea performing the role of Virtu. She has also performed at the Royal Festival Hall, with the BBC National Orchestra of Wales, the Welsh National Opera and the Scottish Chamber Orchestra.
To add added authenticity, the production will also feature ETO’s partner baroque orchestra The Old Street Band which is made up of leading period instrument players from around the country.
The production also boasts a strong creative team and is designed by Cordelia Chisholm. After studying English Literature at Cambridge, she trained at the Motley Theatre Design Course and has worked on sets for a number of companies including Scottish Opera, Opera North, The Arcola and Trafalgar Studios.
And it is being directed by ETO’s general director James Conway who says this production will be a real labour of love for him.
He said: “It is a massive undertaking. I am optimistic about having divided it in two including a repeated middle section of arias which we perform in different ways in the two halves acknowledging the view of our audiences who want an opera experience of less than three hours.
“Each part will, I hope, feel like a complete show but the cumulative experience should be really special.”

Listing:
Giulio Cesare, Part 1 – The Death of Pompey on Monday Oct 16 at 7.30pm. Part 2 – Cleopatra’s Needle on Tues Oct 17 at 7.30pm. Tickets for individual performances £8-£37.50. Tickets for both performances £16-£49.50. Discounts for Friends. Pre-performance talks in the theatre’s Targetfollow Room at 6.30pm each evening. Tickets are free but must be booked in advance from the Box Office.
To book, log onto www.theatreroyalnorwich.co.uk or call the box office on 01603 630000 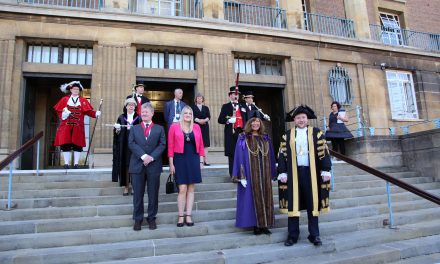 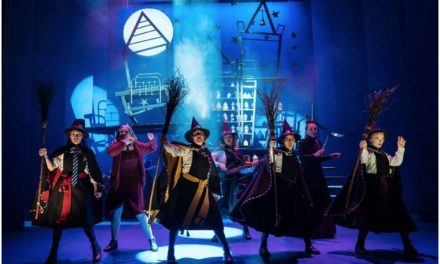