What better way to celebrate 30 years of touring than a return to Norwich Theatre Royal? Blood Brothers helps to mark its three decades on the road with a return to the city on September 19-23. Norwich Eye caught up with Sean Jones, who plays Mickey, to find out more.

Hi Sean. You have been playing the part of Mikey for more than 15 years now. How did it all begin?
I’ve been in the show for 17 years on and off and been Mickey for 15. As for the character, it’s basically me but with drug addiction and jail terms thrown in. Haha. He is very similar to myself, actually, I was expelled from school. When I first saw the show, it was because someone had said to me, you should go and see the show because there’s a part that you’d be right for and when you’re a young actor, you want to know what to market yourself on. I went to see it and it is set in Liverpool which is just down the road from my North Wales home and I thought ‘I get this’. The only downside of it was that it’s a musical and I’m not very musical theatre. I did not train to do it and had never done a day’s dance class in my life.

But you eventually landed your dream role.

Well, it was very random but I had an agent who was not great who kept putting me up for these musicals and I actually started walking out of auditions because I hated singing. Finally this agent said to me she’d got me an audition, and she said to me, “don’t be cross, it’s another musical.” I moaned but she said, “Hang on, it’s Blood Brothers.” She knew I was obsessed with the part of Mickey but I never thought it would be something I’d be trying out for. She then told me the audition was for the part of understudy to Mickey and I thought ‘I will have to go for this won’t I?’. I learned a song and went in and I thought I am just going to go for it as I really didn’t think I would get it. I was shocked to get a recall and thought that was as far as I would get but then I got the understudy part. After doing that for two years, there was a tour going out on the road and I begged to get another chance to audition for the part of Mickey and I got it. In this industry, it’s very rare that you get to play a part that you want to play.

For those who have never seen the show or know anything about it, without giving too much away, tell me about the story and about Mickey.

It is the story of twin boys separated at birth. One stays with his working class mother while the other one is given away to a rich family and that is the story in a nutshell. The characters are growing up in 1960s and 1970s Liverpool and all that pertained to politics and class divide. I suppose it’s an examination of nature versus nurture and how nothing goes right for Mikey. He gets expelled from school. He goes on the dole because of the unemployment situation at the time, while his twin brother who was given away has a great education and goes to university. But fate keeps pulling them together and they become really good friends. As they get older, the differences between them become more stark.

You play Mickey as a child and then as a grown man. How do you manage to plays those two different generations so well?

First and foremost, it’s the writing. Willy Russell has written the part of a seven-year-old boy perfectly. He really understood what the essence of playing that age is so I think the writing primarily helps. The directors also will not just let you put on a silly, childlike voice and walk like a kid. What they want is to find the essence of being that age, because the whole thing about the audience is to have them suspend their disbelief because it is storytelling and make-believe. So in as much as a kid can put on a show for you and pretend to be adults, it’s the same with Blood Brothers. I run on stage in a baggy jumper and I sit on the edge of the stage and tell the audience I’m seven-years-old and they’ll accept it. As long as I am giving the right amount of energy then they’ll just go along with it. They get so engrossed in the characters they forget they’re watching adults.

You are working with a fabulous cast. Is it all like a big happy family?

Definitely. There are some people in the cast I have been working with since day one. The cast are like a big family too and it’s brilliant because it’s very vibrant and good fun. It’s very down to earth with a lot of banter behind the scenes.

How do you find touring with a young family?
My family used to come on the road with me, the missus (Tracey Spencer who played Mrs Lyons) used to be in the show as well – before and after Elinor (their little girl) was born. And now Elinor’s in school, they’ll visit at half-term and maybe the odd weekend if we’re close to home. 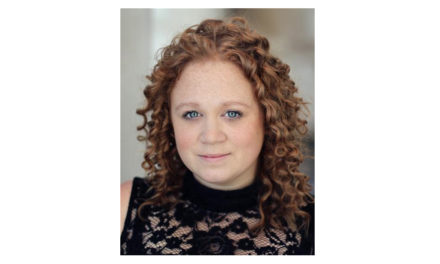 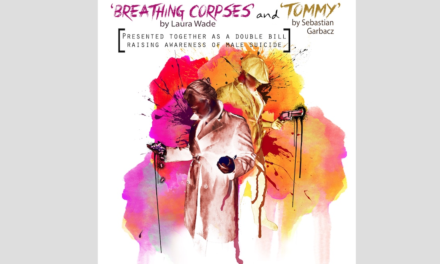