Sharon Small is a familiar face, known from many TV appearances, a safe and secure part of our everyday lives, making her casting as Alice all the more powerful.  Alice is one half of an American academic power-couple with her husband John.  She is probably the brighter and more accomplished of the two, and they have two adult children Tom and Lydia setting out on their own distinctive careers.  All seems well in their busy life until Alice notices that she is forgetting things – the most mundane obvious details of life sometimes such as the way home or even where the bathroom is.

Alice is just turning 50 when she starts to suffer from Early Onset Dementia, a cruel illness that robs victims of their life and independence.  Her husband John (Martin Marquez) and children Lydia (Ruth Ollman) and Thomas (Mark Armstrong) at first seem to want to deny the existence of the illness, either berating Alice to be less forgetful, drink less or be more organised, stalling their own acceptance of this difficult diagnosis.

From the very start on stage Alice is shadowed by ‘Herself’, actress Eva Pope giving voice to Alice’s inner thoughts as she confronts the rising challenges of her condition.  This rather odd construct actually works very well, and highlights in particular how a diagnosis of dementia seems to immediately permit those around you to behave as if you did not exist, talking about you in front of you.

The stage is set initially with a wide range of domestic settings, the fridge, sink, oven and table of everyday life.  As her illness progresses, the increasingly bare stage indicates the progressive struggle to find familiarity for the sufferer.

This play is well produced and the acting, particularly from Sharon Small, on stage throughout, is first class.  But it is not an easy watch, and is presented in one long act with no break or intermission.  I felt quite disturbed at first, partly because as I guess with almost every family this play touches on some familiar experiences, but also because I find the mores of American family life a bit difficult to get along with.  However as the play progresses the undoubtedly grim basic premise is relieved a little with moments of tenderness, understanding and even modest humour.  I have been berated in the past for joking about memory in the context of dementia, so was somewhat relieved to see writer Christine May Dunford allow Alice some jokes at her own expense.

Still Alice is a serious and thought provoking drama which many will welcome to the Theatre Royal stage as it opens discussion and understanding around the impact on families of dementia, particularly when it hits many years before we might expect it to.  Leaving the theatre many found themselves sharing family experiences of coping with the effects of dementia and identifying with the various roles depicted in this sensitive and moving drama. This is a well-presented landmark production that can only help to increase understanding of a very widespread condition of many human lives. 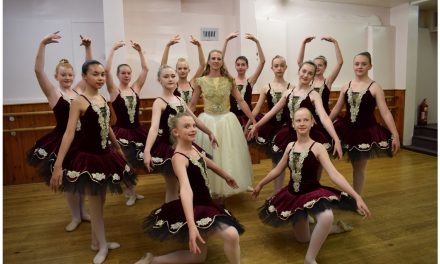