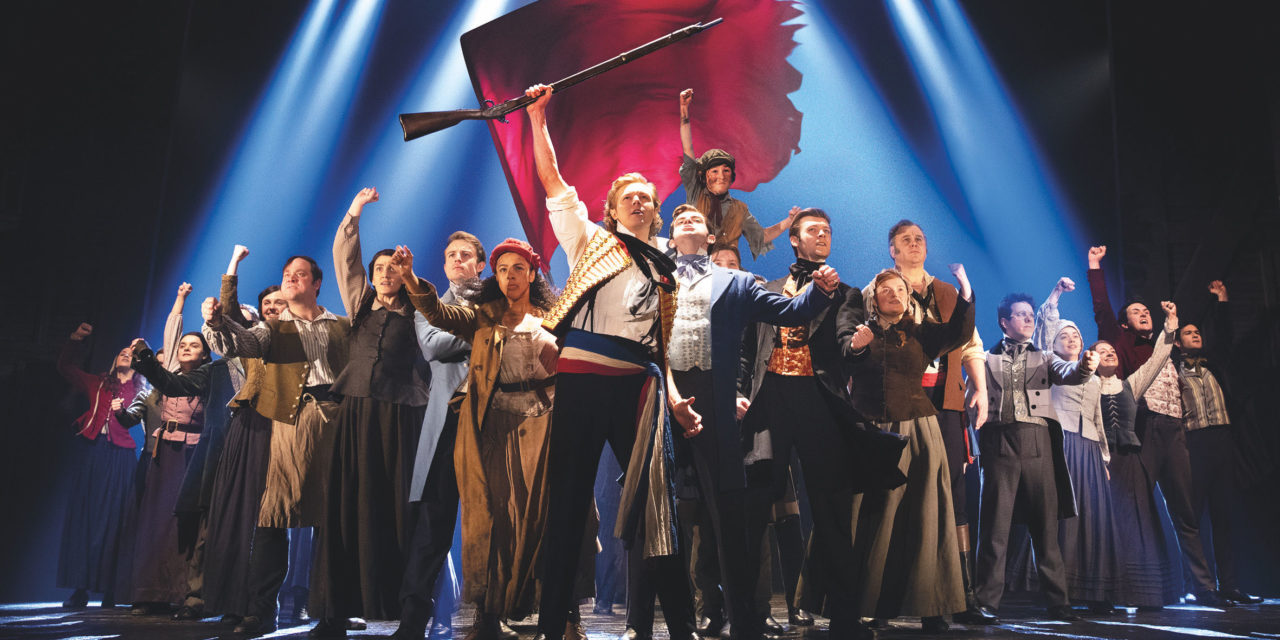 Les Mis is a theatre phenomenon. It has been packing a London theatre for 35 years with a complex and very dynamic bit of staging, and versions of the show are usually on tour across the world. Based on the Victor Hugo novel this dramatic musical throws everything possible at the audience. We see the best and worst of human behaviour, romance, revolution, crime, and redemption. There is bravery, violence, and death alongside tenderness, innocence, and selflessness.

The touring version is only slightly less complex than the West End version, and the sets fill every inch of the Norwich Theatre Royal stage space. With a total cast, crew and musician count of 89 it is a big show to take on the road so it makes sense that it is here for a long run, until the 4th of April, with over 42,000 seats on sale. But you may have to be quick to find one now, demand is high for this mighty show. The music from the show has a life of its own with many tunes such as ‘I Dreamed a Dream’ becoming popular well beyond the confines of the Les Mis stage.

The plot revolves around the life story of Jean Valjean (Dean Chisnall) who we first meet as a chain gang prisoner who has served 19 years in jail for stealing a loaf of bread to feed his family. Released by prison guard Javert (Nic Greenshields) he is told that he will be forever worthless. Struggling to survive he is given shelter by a bishop, but steals his silverware and runs off. Arrested he is freed again when the bishop declares the silver to be a gift to him. This spurs Valjean to rebuild his life. Years pass and under a new name he is a factory owner and mayor of his local town. He determines to use his affluence to help others in misfortune, the first being the unfortunate Fantine (Katie Hall), fired from his own factory following her rejection of a foreman’s advances. Fantine is desperate for  money to support her daughter Cosette, who she has had to leave with the thieving innkeepers the Thénardiers, who abuse the child but favour their own daughter Éponine (Frances Mayli McCann). Valjean promises the dying Fantine that he will look after her daughter.

Valjean constantly risks re-arrest for breaking his parole, and the doughty copper Javert is on his case throughout. Valjean breaks cover when another man is accused of being him and is liable to be imprisoned, but escapes from being recaptured himself.

There are many further twists and turns as the violence of the 1832 Paris Uprising erupts. Éponine is on the barricades with Marius (Felix Mosse) whom she adores, but when he bumps into Cosette he is smitten with her, and so an uncomfortable love triangle develops. Valjean sets out to try and protect Marius on the barricades. Throughout the story the Thénardiers (Ian Hughes and Helen Walsh) keep popping up and turn larceny into farce as they are ever opportunistic in their pursuit of other people’s property. They give the show some comic relief from the general air of death and tragedy.

The capable cast are all good, with the three child actors playing young Cosette, street urchin Gavroche and the younger Éponine drawing warm audience applause in particular. The show cannot work if Jean Valjean is not right, but happily Dean Chisnall is very good, with a powerful singing voice and an engaging depiction of character. On review night the standing ovation from the audience was easily deserved.

I am one of those who are perhaps a little perplexed at the enduring success of Les Mis. It is a very well staged show, but it misses no opportunity to twist your heartstrings with many simply defined characters and life and death scenarios. The music is appealing, and for me greatly preferable to the rather unmemorable Miss Saigon score from the same team. It apparently appeals strongly to non-traditional audiences, so brings a new cortege of customers into the theatre, which has got to be good. But it packs so much into the three hour run that it is almost overwhelming, as it is all about impact. If you like your shows big, brazen and brassy you will love it. Undoubtedly a show that everyone should see once, but twice now will do for me. But don’t let me put you off – this is a theatrical event that will be talked about for years to come, so grab a seat and find out why.

Les Misérables is at Norwich theatre Royal, Wednesday March 4, 2020-Saturday April 4, 2020 at 7.30pm with Thursday and Saturday matinees at 2.30pm. Please note there is no matinee on Thursday March 5 and no Sunday performances. Tickets £10-£66.50. Discounts for Friends, Corporate Club, Over-60s and Under-18s. 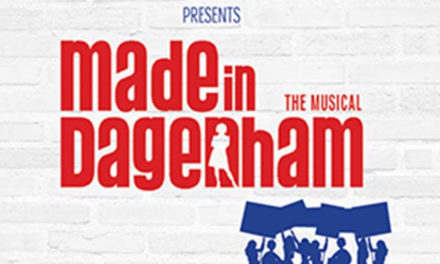 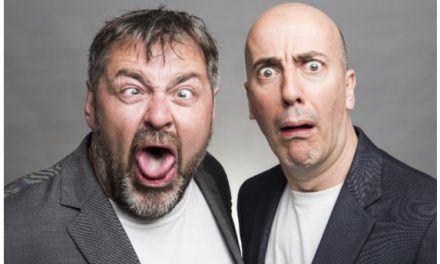