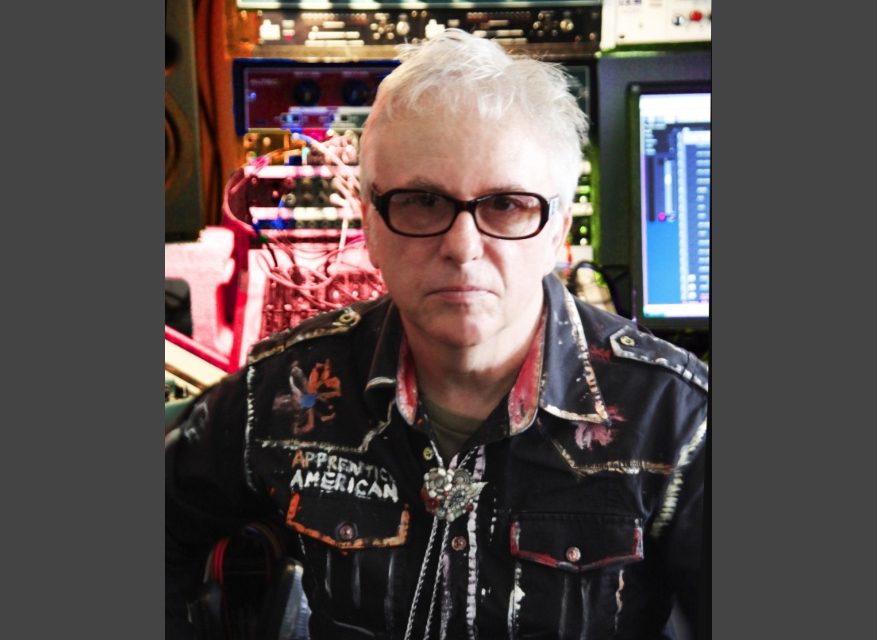 Wreckless Eric By Karen Keats
Norwich Puppet Theatre is a charming oddity – an almost unique venue specialising in a very particular theatrical craft, set in a converted church which is a remarkable building with a long history.
Much of that description could apply to Eric Goulden, better known as Hull’s finest, Wreckless Eric. He is a charming if rather odd character, with an excellent poetic lyrical ability and a very particular musical craft with a remarkably sustained history of engaging performances.
For some years it is rumoured that Eric lived in a bungalow somewhere in the Norwich area, and indeed it has been possible to catch him once in a while at one or two of the better local venues, including the former Marquee/Shirehall pub a few years back.
I first encountered him years ago at the UEA as a part of the famous/notorious and truly wonderful ‘Bunch of Stiffs’ tour, celebrating five of the Stiff record label’s signings, including Ian Dury, Elvis Costello and Wreckless Eric amongst others. I recall a rather straightforward self introduction before he launched into the wall of noise that the Goulden guitar still offers. Then, he had Ian Dury on drums behind him, now, he travels and performs alone mostly except when gigging with his partner Amy Rigby. He has also managed to migrate from a Norwich bungalow to a home near the Catskill Mountains in New York State.
He continues to produce recorded work, the latest being amERICa – a typical Eric bit of wordsmithing. He makes good use of a few words.
The Puppet Theatre with its deeply raked auditorium is built to help us focus on the small dramas of the puppet world and offered a perfect setting for Eric. He probably brought more decibels to the building than it has ever known, to an appreciative and loyal audience. His minimal lyrics remain as pungent and effective as they were in the time of ‘Whole Wide World’, a track as worthwhile now as ever. He has developed his technique somewhat since 1978, and moans a bit about the difficulty of some of his songs with ‘jazz chords’ in them as requests fly down from the rake.
His vocal delivery remains distinctive and engaging, even if it may have slipped down the tone scale with age since I first saw him impersonating a teenage oik in ’78.
Even with his more recent work, including a rather forthright number about Donald Trump, his words are precise and minimally apt. He also gives some interesting anecdotes about his birth city, Hull – the European Capital of Culture at some point. He clearly regrets that in the ‘Gateway to Europe’ the Humber Bridge reached not to Mainland Europe but merely to Lincolnshire, an understandably bitter disappointment. 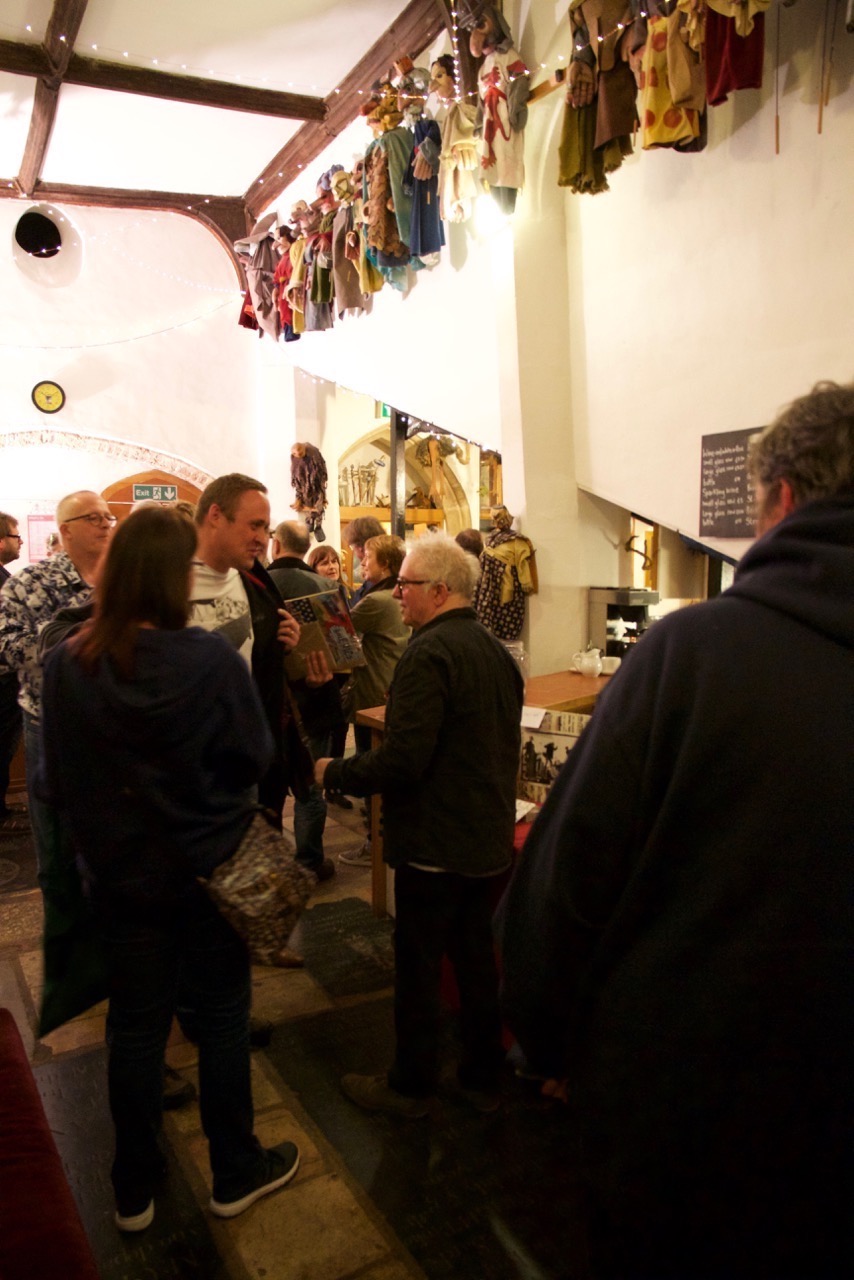 In the intimate setting of the Puppet Theatre stars have little practical option but to mix with their fans after the show, but he appears to relish this and engages with all comers. My favourite moment was when a chap with glasses towered over him and said he was the reason he went into the music business and had a hit or two himself – ‘I was Ivor Biggun!’ – aka Doc Cox off that telly programme. Younger readers may need to engage their search engine.

Eric has a very particular guitar technique that takes a few fuzzboxes and an old valve amp to their limits. At one point he had set everything up so that the acoustic guitar was being played by its own noise, while he picked up his other electric guitar to continue the melody. Clever stuff if a bit ear rattling.
While he teeters on the edge of self indulgence he never forgets his audience and still clearly enjoys the acclaim he gets at the end of each tune. Wreckless Eric has always had an immense stage presence and sound to match, although sometimes I get the feeling that he would be equally happy to be an anonymous roadie fiddling about with the electronics and valve amps. He has obviously gone to some lengths to set up a particular sound but the wall of noise often gives way to quiet pauses and a chance for his distinctive lyrics to come across. He uses loud/quiet and light and dark moods to get his message across, yet is fond of introducing songs with lines such as ‘this gets a bit brutal’ in a matter of fact non apologetic way.
A Wreckless Eric gig will never be dull – I will always seek him out wherever in the Whole Wide World our paths may cross again. If you get the chance, don’t miss him!
©Julian Swainson 2017