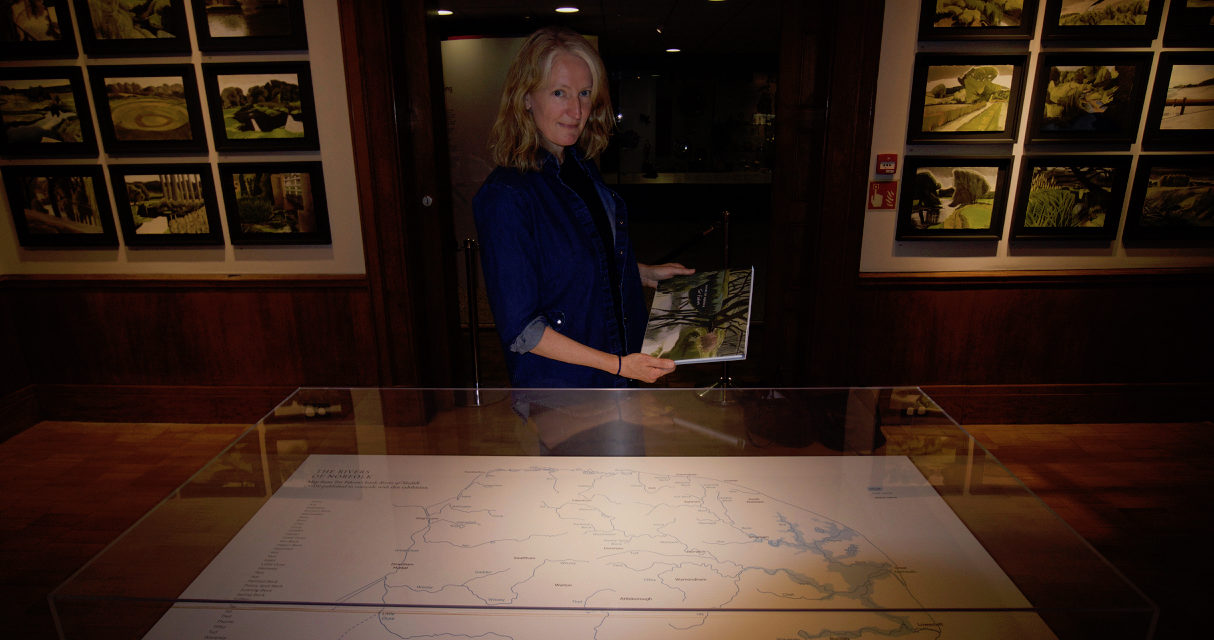 From Saturday 13 July, visitors to Norwich Castle will be able to see – and buy – new works by acclaimed Norfolk-based artist, Tor Falcon.

Her latest exhibition, in association with the East Anglia Art Fund, is Rivers of Norfolk – an ambitious and atmospheric set of drawings, begun in early 2016, which documents all the county’s rivers, along with their streams, trickles and ditches.

All works in the exhibition are for sale (£875) and, with the generosity of the artist, a commission will support the work of EAAF in its mission to bring great art to the region through supporting exhibitions, events and acquisitions.

A new book, Rivers of Norfolk, accompanies the exhibition and details the artist’s journey along Norfolk’s rivers and tributaries.

Like one of the rivers recorded in her drawings, the Rivers of Norfolk project began as a small spring of inspiration before rapidly expanding, as the artist herself explains: “The project started with a commission to draw the river Nar, which somehow led to a Wikipedia list of all the rivers of Norfolk, most of which I had never heard of. Deciding to draw all the rivers on the list is a way of looking at the familiar in a different way. Seeing the place I live in, through new eyes.”

Her creative practice, making her drawings outside in the actual location they depict, connects Falcon’s work with the historic collections at Norwich Castle, as Dr Rosy Gray, Curator of Contemporary Art, explains: “We are thrilled to be presenting Tor Falcon’s Rivers of Norfolk exhibition which is shown in the Colman Project Space, alongside the work of the Norwich School of Painters. Like those artists some 200 years ago, Falcon walks to find her subject, making drawings within the landscape, the scale and medium of the work dictated by their portability.

Amanda Geitner, Director of the East Anglia Art Fund says: “We are very grateful to Tor Falcon for her generosity in donating a proportion of the sale price of these marvellous drawings to EAAF. This is a unique opportunity for people to purchase a beautiful art work which is also a little piece of Norfolk, while at the same time supporting EAAF in our mission to ensure that great art is accessible to those living in Norfolk and beyond.”

The project has taken Tor Falcon the length and breadth of the county, from the meandering routes of larger rivers like the Bure, Yare and Wensum, to the less well-known streams and tributaries like the Babingley, Gadder and Scarrow Beck. The artist describes these many journeys as an education in geology, geography, history, environmental issues and conservation. Along the way she’s encountered many people who care for and about their local rivers, including farmers who gave her access to their banks, and fishermen and people on boats whom she’s met while out drawing. It seems everyone loves their particular river and wants to talk about it.

This is not surprising given the importance of rivers to our environment – shaping landscapes, agriculture, villages, towns and cities. Collectively they have had a huge impact on the way the county has developed over many centuries.

In turn the rivers have shaped Tor’s own artistic practice as she describes it: “My understanding of the interconnectedness of the environment has grown as I’ve moved through the landscape, following watercourses. No landscape stands on its own, the high (for Norfolk) arable ridges where many of our rivers rise are an integral part of the story of our tidal mudflats. I see my drawings in the same way, each one is part of something bigger.”

Tor is a landscape artist based in Norfolk whose work is very much rooted in the English Landscape tradition. Tor’s work is defined by her walks around the countryside where her pastel drawings are created.
https://torfalcon.co.uk/about

Rivers of Norfolk is shown in the Colman Project Space in two successive installations, from July to October and then a second hang from October to January.

The East Anglia Art Fund (EAAF) is dedicated to enriching cultural life in East Anglia by supporting the best in exhibitions and art education.
www.eastangliaartfund.org.uk 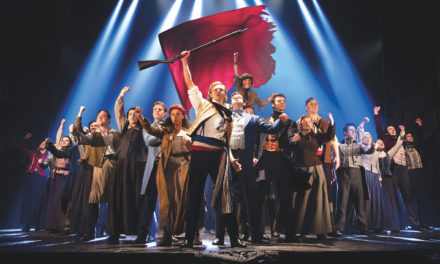