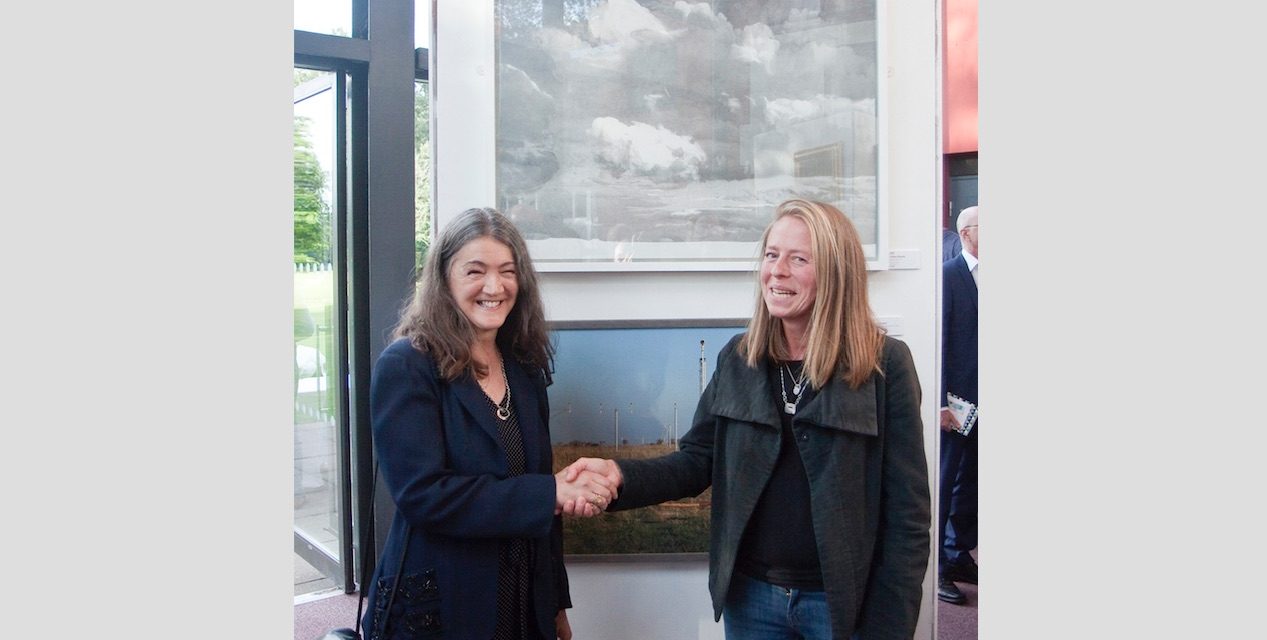 Norfolk born artist Chloe Steele has been announced as this year’s winner of Holt Festival’s Sir John Hurt Art Prize. Her pencil drawing Beginnings End was chosen by the judges from over 250 entries from around the country. The winning entry is one of a series of three drawings by the artist inspired by Norfolk skies. She said ‘It’s thrilling to win this prize in my home county. Norfolk has always inspired me, its vast skies are almost overpowering and constantly changing. For me Norfolk skies and its landscape have an emotional charge that combines the real and abstract. I consider Landscape and drawing to be at the heart of my work’. After growing up in Norfolk Ms Steele attended Edinburgh University and Edinburgh College of Art before training at the Slade School of Fine Art in London. Her work has been regularly exhibited in the UK over the past ten years at Galleries including at Norwich Gallery, Firstsite in Colchester, Keith Talent and Pump House Gallery, London and as far afield as Canada. She has been selected for various residencies including Up in the Air, Liverpool, by the British Council in Shanghai, Gasworks in Taiwan, Chateau de Sacy in France and by the Slade School and West Dean College, Chichester. On graduating from the Slade in 2005 she was awarded the Henry Tonks prize for drawing. She was recently commissioned by MAX architects to design steel portcullis gates for the entrance to a former department store near London’s Victoria station. The artist, who lives in Wells-Next-The-Sea, received a cheque for £1,500 and will have her work exhibited at the Sainsbury Centre for Visual Arts later in the year. Announcing the winner, Lady Anwen Hurt said ‘John was a great champion of art, he started in painting and painted all of his life. He was very honoured to be asked to be a judge of the Holt Festival Art Prize.’ She thanked Art Prize organizer James Glennie saying ‘Thanks to the hard work that James has put in the Prize is becoming better known with entries coming from ever further afield and the quality getting better each year. Introducing the prize judge Robert Upstone, former senior Tate curator, also praised work by Norwich based painter Will Teather and Norwich University of Arts student Jessica Burgess. The prize was renamed Holt Festival – Sir John Hurt Art Prize in honour of the Norfolk screen legend who died earlier this year. He was a keen supporter of Holt Festival and especially the Prize, awarding or judging or both almost every year since its inception. The winner and all thirty shortlisted works can be seen in a free exhibition at The Auden Theatre, Cromer Rd, Holt, Norfolk, NR25 6EA until the end of the week. The 9th Holt Festival continues until 30 July, full details and information at www.holtfestival.org 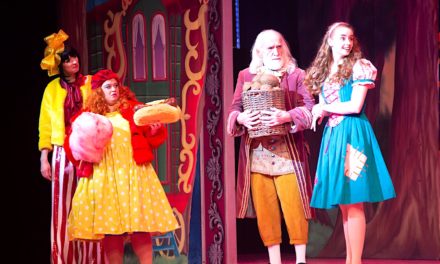