Lewis Carroll’s Alice in Wonderland and its sequel Through The Looking Glass are amongst the best-loved of children’s stories – and now audiences can see how the heroine’s life panned out as Norwich Theatre Royal’s Youth Theatre summer musical revisits the scene of her adventures.

Alice Back In Wonderland is the creative work of the Theatre Arts Courses director David Lambert and follows on from successful productions in recent years such as High School Prom Queen, Peter Pan Return To Neverland and The Wind in the Willows.

David said: “I chose the Alice story because it’s such a classic and it was the 150th anniversary of the publishing of Alice in 2015. It’s a great story and I thought of a sequel of what happens when Alice is a little bit older. I have twisted some of the storylines – and it’s fun and full of mad characters and the cast love playing mad characters.”

A small group of youth theatre students took part in a day of brainstorming with David to come up with the base plot line, which he then took away and spent eight weeks on, writing the script, lyrics and music. Now everyone is in rehearsals getting ready to present the show on the Theatre Royal’s main stage from July 26 to 29.

The story starts off in Oxford where Alice (played by Matilda Bailes) is now unsure whether her adventures in Wonderland were real or were they only a dream? But then suddenly the White Rabbit (Sam Ings) reappears and tells her that Wonderland needs her once again. So its’s back to Wonderland and encounters with all the favourite characters from the Red Queen (Lauren Bryant), the March Hare (Isaac Wright), the Dormouse (Heather Kelly), the Mad Hatter (Ali Hunt) and the Caterpillar (Kieran Crawford), to the Cheshire Cat (Octavia Sharman), and Tweedledum (Callum Adkins) and Tweedledee (Jamie Cleminson).

David Lambert in the Directors chair

Norwich Eye was allowed a sneak preview of the set and cast today at the start of their final dress rehearsals on the big main stage of the Theatre Royal. The cast were full of enthusiasm for the play and David’s writing and direction, and they also spoke to me of the excellent work of the Stage Two theatre Arts Courses. Sam Ings told me how the friendly and supportive atmosphere of the Youth Theatre had helped him to overcome shyness and develop confidence in his performing skills as he steps forward in a bid to forge his career in theatre.

The show is particularly poignant for David Lambert, who will be heading in a new direction as this show closes. Meanwhile he is focused on the production and the enthusiastic young cast of what promises to be a memorable show. David, who is in his 28th year in charge of the Arts Courses, said: “There will be around 280 young people involved, aged between eight and 19 – not all on stage at the same time but getting on for 200 on stage in each performance, so it gets a little tight.

“This is the culmination of the year’s work. The Youth Company has done five productions at Stage Two this year while the Junior Classes have done class work and workshops, performances and presentations over the course of the academic year. Now it all comes together and we have the summer show and it’s on stage at the Theatre Royal which is a huge experience for the young people involved.”

Norwich Theatre Royal has a reputation for presenting the highest quality of performance on their stage. Becoming a centre for training the next generation of  theatre stars marks out the Norwich venue as a special place that looks to the future of theatre, and Norwich will enjoy a show this week that shows the huge skills and efforts of those who train this new generation, but most of all gives a magnificent showcase to the young performers who have participated in the Theatre Royal training.

Listing:
Alice Back In Wonderland, Wednesday 26-Saturday 29 July, at 7pm, and Saturday matinee at 2pm. Tickets £7-£12. Discounts for Friends, Over-60s and Under-18s. Captioned performance on Saturday29 July at 2pm. 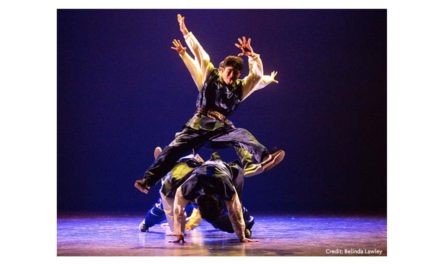 Call Out For Breakers, DJ’s And Graffiti Artists As Hip Hop Festival Returns