Norwich South Labour MP Clive Lewis, other MPs and peers from an All Party Parliamentary Group who have spent the summer engaging with people across the country on what post-Covid society and economy should look like. Clive Lewis co-chairs the Group.

The report reveals a huge public desire for a fairer, greener, kinder Britain after Covid. The public want Government to use this moment to take bold action to transform Britain.

The All Party Parliamentary Group on the Green New Deal’s ‘Reset’ inquiry heard from over 55,000 people, including a nationally representative poll of 2,000 people; in-depth workshops with 108 people; interviews with people who are digitally excluded; a digital ethnographic survey of groups across the country; evidence from 17 experts, and written evidence from over 30 organisations from the NFU to Nesta.

The findings of the public consultation, published in the Group’s report ‘Time to Reset’ show that:
· The public are way ahead of the Government on the scale of change they want, with ambitious ideas about the future of work, public services, community, nature and local life.

· They want society to be fairer and want to see bold government action on wages, a job guarantee and housing to make that happen.

· There is widespread public support for the government to take steps to completely reshape everyday life in Britain, so people can play a meaningful role in their communities and act in the common interest.

While other research has focused on how very real divisions and differences have been exacerbated by the pandemic, the APPG’s approach, was explicitly concerned with identifying outcomes people wanted to see looking ahead and found significant commonality.

Polling for the Group by the Insight Agency Opinium, published alongside the APPG’s report found that:
· Two thirds of the public think that government should intervene to make society fairer, with those in the North most likely to agree (71%);

66% of UK adults think that the government should prioritise the health and wellbeing of citizens over GDP growth; only one in five people think they should continue to prioritise GDP as its main economic goal.
Norwich South Labour MP Clive Lewis, co-chair of the the All Party Parliamentary Group on the Green New Deal said:

“The coronavirus crisis really looks like its driving a widespread desire for change. The findings of our research show that – almost irrelevant of age, sex, class or ethnicity – people want a fairer, greener, more community-oriented future. They do not want to see society go back to how it was.”

The report sets out a public mandate for change far more ambitious than anything that has been seen from ministers to date:

Fairness:
The MPs found huge support for better pay and improved conditions for key workers – from NHS staff and care workers to supermarket staff and delivery drivers. The support came regardless of political affiliation or preference, and from across the country.

There was also widespread support for other measures that would make Britain fairer including a universal basic income and guaranteed employment – with unemployment set to rise as the economic consequences of the pandemic play out, these measures could be critical:
63% of people support a jobs guarantee, and the Government creating the opportunity for everyone to access a fairly paid job. Only 9% of people completely oppose this.
50% support a reduction in working days to ensure there is enough work to go around for everyone.
57% support some form of monthly guaranteed income, where every household would be paid a set amount each month (this is supported by 44% of Conservative voters and 75% of Labour and Green voters).
On housing, only 19% think housing policy is working well. There is strong public support for rent caps and investment in social housing – workshop participants were also concerned about homelessness and, having seen government intervention during lockdown, want to see government action to end street homelessness.

Reshaping working life
After the huge changes to working life brought about by lockdown, people want to see working life transformed with the flexibility to work from home where it is safe and possible to do so, and a broader definition of work so that domestic and other caring work and volunteering is equally valued.

The time to “give back”
People said they wanted to be more involved in their communities – and identified time as the main barrier. As one participant in Reset’s workshops put it, people want “the time to be good” – most say they would use the time to volunteer or contribute to their local community in some way as 79% of the population did during lockdown according to the Reset poll.

Relocalising Britain:
After being forced to stay local during lockdown, people said they felt more connected to their local areas – and want to see changes that would make their local high streets more varied and welcoming including car-free zones and mixed high streets that have green spaces, community hubs, residential spaces and cultural venues alongside shops.

More nature and less traffic
People across the country made more use of green spaces during lockdown, turning Britain into a nation of nature lovers – but not everyone had access. The public want to see more green spaces – and access to nature for everyone. They also want the changes seen during lockdown, like reduced traffic and cleaner air, to be permanent.

Greener
Some of the most popular changes, including more green spaces, liveable streets, less traffic, more flexible working patterns and food grown closer to home, would also make a significant contribution to meeting the UK’s climate change targets.
The MPs are now are working on a second report using the evidence submitted to them from organisations ranging from the NFU to Nesta that will present a package of policies that would deliver the kind of UK the public say they want, to be presented to their fellow parliamentarians and to the Government in October.

The report can be downloaded from the project’s website at: www.reset-uk.org

Reset is an inquiry by the All Party Parliamentary Group (APPG) on the Green New Deal that set out to explore how to rebuild after coronavirus, make life in Britain greener fairer and make sure everyone is engaged in the process.

It heard from over 55,000 people in all:
A poll of 2,000 adults by the Insight Agency Opinium between 12 and 15 July 2020 – these are the results referred to in the group’s report.
Over 3,000 responses to a survey through the Reset website
Just over 50,000 from members of the campaign group 38 Degrees – these are not politically representative but include responses from every constituency in the UK
The polling results released today with the report are from a survey of 2,000 UK adults by the Insight Agency Opinium, between 8-11 September 2020
Reset also included:
in-depth reflection and co-creation workshops with 108 people
a digital ethnographic survey of groups across the country
in depth interviews with people who are digitally excluded
MPs and peers also heard evidence from 17 experts and has received written evidence from over 30 organisations from the NFU to Nesta, which will inform a set of policy proposals that deliver the changes the public say they want to see, to be published by the APPG in October.

The All-Party Parliamentary Group (APPG) on the Green New Deal exists to provide a cross party platform for the development of a transformative Green New Deal for the UK. Its members are: 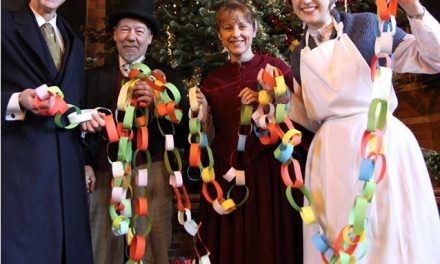 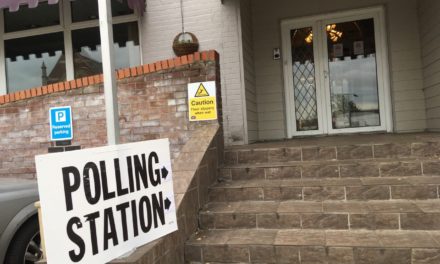