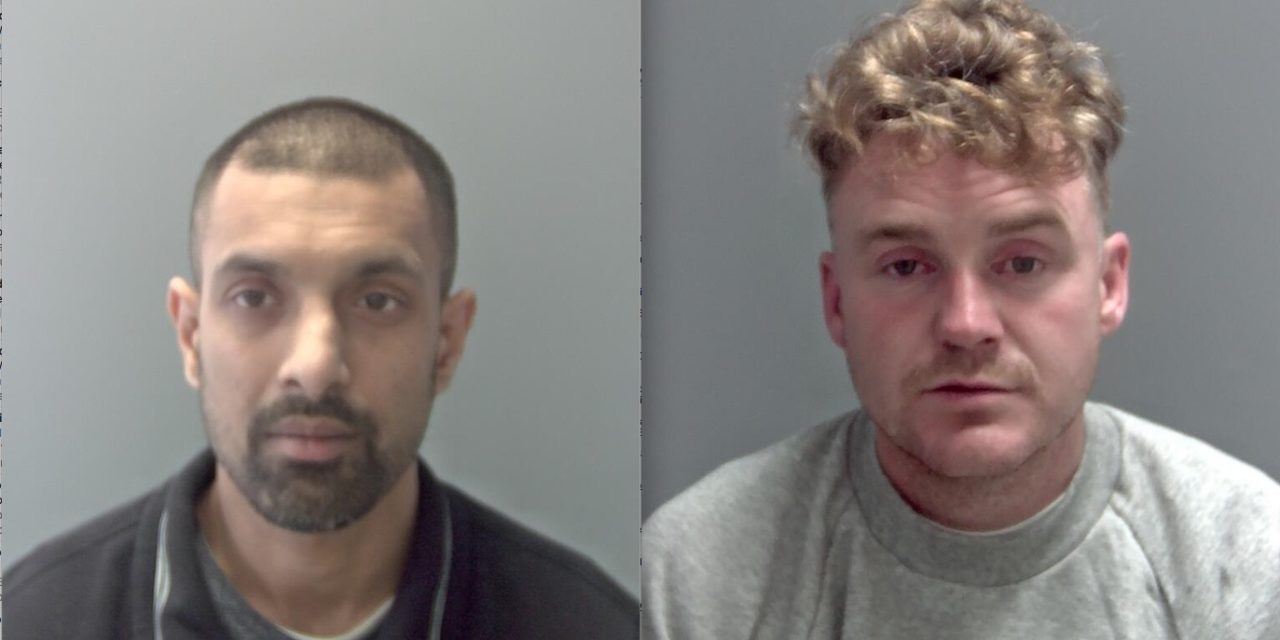 Two men who carried out a number of violent attacks across Norwich and south Norfolk last year have been jailed.

At an earlier hearing, Cartman admitted robbery and taking a motor vehicle without the owner’s consent in Gertrude Road, two counts of possessing a firearm with intent to cause fear of violence, possession of a bladed article, aggravated burglary and taking a car without the owner’s consent between Monday 10 June and Tuesday 11 June 2019. He has been jailed for nine years with an extended licence period for three years.

Alam appeared at an earlier hearing and admitted a racially aggravated public order offence and assaulting an emergency worker on 10 June 2019.

Following a trial in December 2019, Alam was found guilty of two counts of possession of a firearm with intent to cause fear of violence, taking a vehicle without owner’s consent and aggravated burglary on 10 June 2019. He has been jailed for 10 years with an extended licence period of five years.

It follows an incident in Guernsey Road, Norwich, at around 6.20pm on 10 June 2019 when a 28-year-old woman was threatened at knifepoint by Cartman who demanded she hand over her Mini Cooper car.

Later that same evening, a 60-year-old man in Stoke Holy Cross heard the sound of a shotgun. After hearing another two shots, he ran towards Brickle Road and saw a black Mini Cooper parked on the road.

He confronted the occupants of the Mini Cooper – Alam and Cartman. They drove at the man, forcing him to jump down a bank and into a field and continued to chase him along the driveway of a property while pointing the shotgun at him.

A few minutes later in the same village, Alam and Cartman attempted to force their way into another home and in doing so shot at the ceiling inside the property through a gap in the door. They broke the glass in the property’s door and stole the victim’s car keys, and made off in the car.

Later than evening in Derby Street, Norwich, a 78 year old man, who was bedbound, told police that someone was trying to break into his house. When officers arrived at the scene, they found Alam outside the property and he was arrested. Cartman was later arrested in Russell Street, Norwich.

“This was a complex investigation involving different locations and with mutiple victims. I have no doubt the county is a safer place with Cartman and Alam behind bars.”