Two people have been arrested and three reported for offences following a gathering in Norwich today (Thursday 24 September 2020).

Police attended the Haymarket at about midday where a group of people had gathered in protest of the current COVID-19 restrictions.

Officers aimed to resolve the gathering by engaging, explaining, and encouraging people to follow the new regulations.

A 25-year-old man was arrested on suspicion of common assault for allegedly coughing in persons face while a 37-year-old woman was arrested after refusing to provide her details to police. Both have been taken into custody at Wymondham Police Investigation Centre for questioning.

Three men have been reported for the offence of organising a gathering, in breach of the Health Protection Regulations.

Norwich Policing Commander, Superintendent Terry Lordan, said: “We’ve taken action to disperse the group making two arrests and reporting three people for offences. We all have a role to play in keeping Norwich and the rest of our county safe by stopping the spread of covid-19.

“We’d ask you take personal responsibility so that our involvement happens only when required. We will take action against those who don’t listen, as today has demonstrated.” 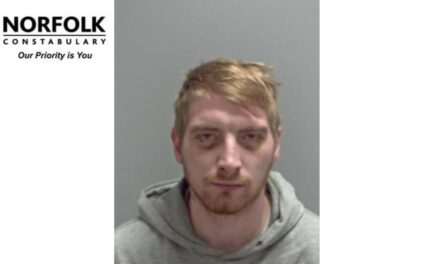