We welcome a new guest reviewer to Norwich Eye today. Megan Baynes went to Norwich Theatre Royal to see Swan Lake by the Russian State Ballet of Siberia:
Despite its initial failure to woo audiences in 1876, Swan Lake has been for many years one of the most popular of all ballets. It has been reinterpreted multiple times since its Russian debut and many wonder what the next take or twist on this classic tale will be. Yet the Russian State Ballet of Siberia stayed true to the roots of the story, presenting a very traditional, but just as captivating, performance.

For 35 years, the Russian Ballet of Siberia has had a reputation as one of Eastern Europe’s finest ballet companies, and their performance of Swan Lake proves no exception. Each show is performed to live accompaniment, meaning a 70-strong company of dancers and musicians.

Without extravagant staging, or dramatic reinterpretations of the tale, the company remind the audiences why they fell in love with this story in the first place. The beautifully understated costumes do not overshadow or distract from the individual dancers, but instead accentuate their performance. The entire show is accompanied with a dramatic score, performed by the Russian State Ballet Orchestra of Siberia.

Set in two acts this traditional Russian folk tale tells the story of Odette, a princess turned into a swan by an evil father. The first scene opens in a castle where the prince and his friends are celebrating a birthday. This scene provides much needed comic relief before the darker half of the ballet begins. Wolfgang, danced by Alexander Kuimov, is a wonderful drunk: his missteps still perfectly timed with the rest of the stage. He is more graceful in his drunkenness than most people are in their everyday life.

As the stage darkens we are first introduced to Odette and the rest of the swans. Odette tells the prince her story: her mother, a good fairy fell in love with an evil knight, who abandoned her and left her to die. Odette warns the prince that if he wishes to marry her this can only be done with great sacrifice. Odette, played by Anna Fedosova, and Prince Siegfried, played by Georgiy Bolsunovskiy, are both graceful and energetic dancers, although Anna’s performance somewhat overshadowed her partner’s: her charismatic elegance and emotive facial expressions made her performance the more believable of the pair.

The next scene sees the prince return to the castle where he is tricked into dancing with Odile, the daughter of the evil knight, who the Queen announces will be his bride. The prince realises his mistake, rushing from the castle. Culminating in the dramatic drowning of both the evil father and the Prince, the end is both spellbinding and dramatic.

The company show that a dramatic new take on an old classic is not always best. Whilst there were moments where movements were not technically perfect, the overall performance was energetically stunning. Whether this is your first time watching Swan Lake, or you fiftieth, this ballet is certainly not one to miss. The performance is so warm and so charming it could melt any Siberian winter. 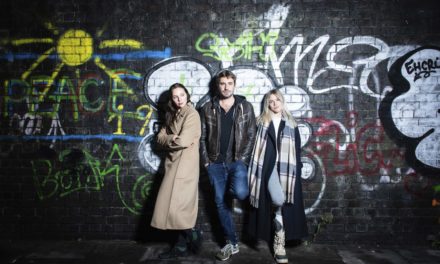