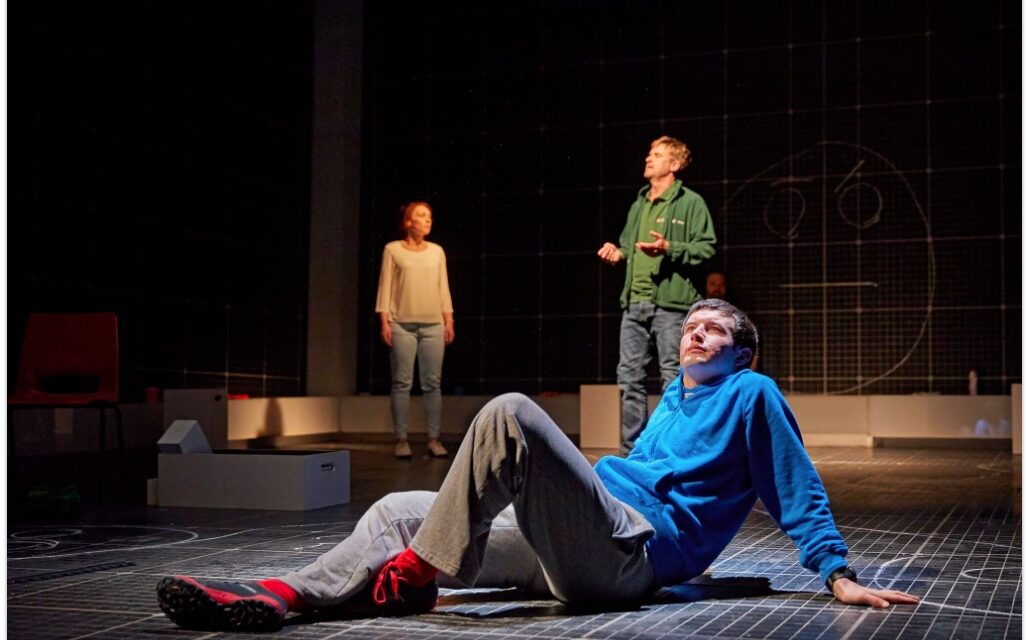 Emma Beattie, David Michaels and Scott Reid – photo supplied by Theatre Royal
The National Theatre production of ‘Curious’ is now in its fifth year, filling theatres wherever it goes.
Based closely on Mark Haddon’s remarkable original novel this show brings to life the challenges facing fifteen year old Christopher Boone, a mathematical genius who has the unflinching honesty that often comes with Asperger Syndrome.
This staging is set in a brilliantly lit cube full of technical magic that reflects the need for precise order and logic in a world confusing enough for any fifteen year old, but extra challenging for Christopher, played with great energy by Scott Reid. The show starts with Chris discovering next door’s pet dog, Wellington, killed with a garden fork, and then gets stranger by the minute. Scott gives a movingly precise depiction of a young man who has a very different set of expressions and gestures to those we may expect from a fifteen year old boy.
Chris determines to be the detective who finds out the identity of the killer. His father appears to be at his wits end, and his mother has disappeared. The most consistent positive influence in his life appears to be his teacher Siobhan (Lucianne McEvoy) who is also the narrator of events.

His other constant companion is Toby the rat (Rupert) who I had the pleasure of meeting earlier with Scott as they took a sniff of Norwich market air. 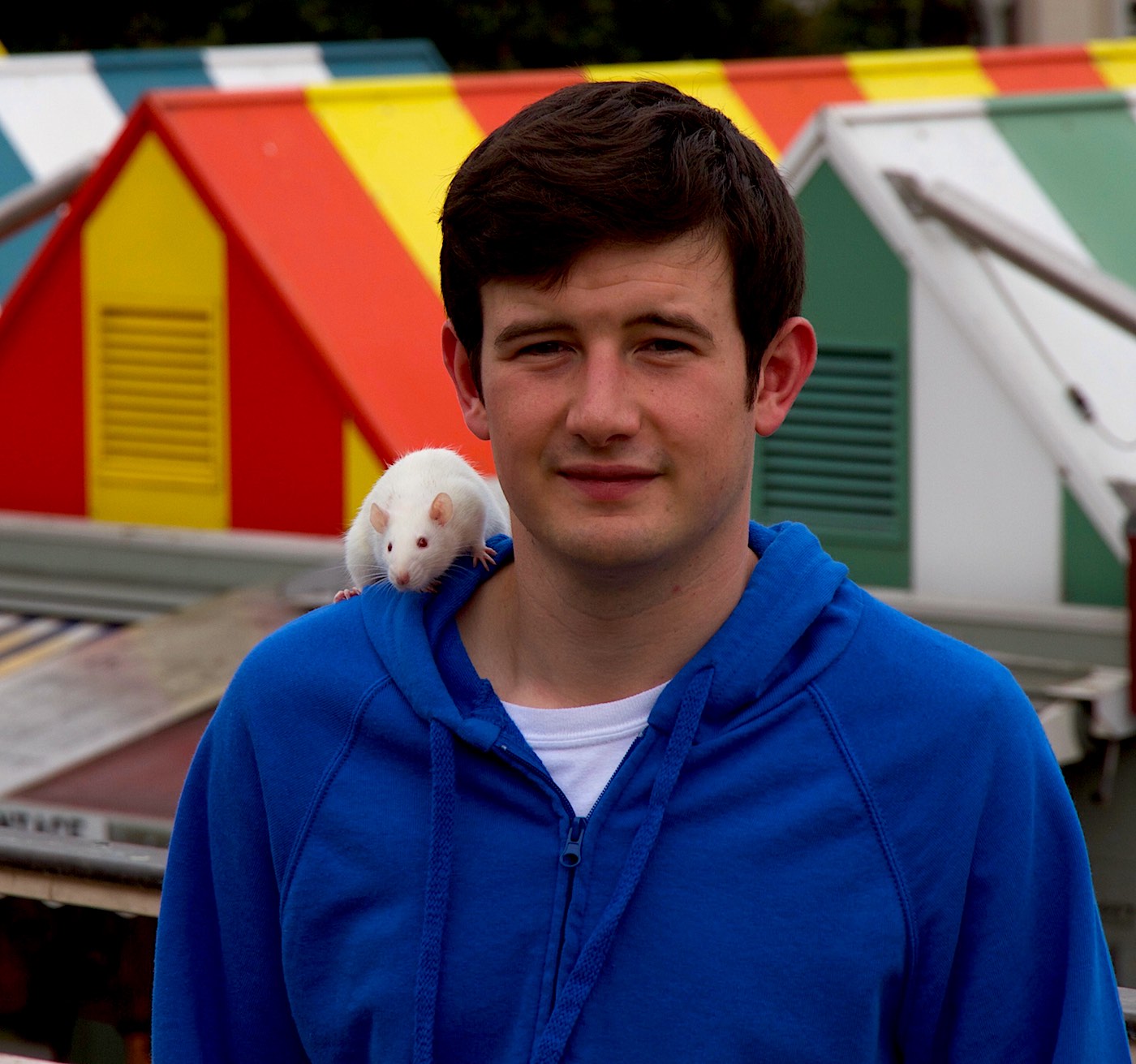 “Where’s me chips?’ – Scott Reid with Toby, aka Rupert

Emma Beattie plays Chris’s mother Judy, with David Michaels as his father Ed. Both give a warm and moving insight into the behaviour of parents struggling with the daily reality of their own complicated lives, while trying to help their son into adulthood and independence.
The ten cast members give a hugely energetic performance with dynamic physical movements helping us to understand the maelstrom within Christopher’s mind as he tries to make sense of a confusing series of events. They give us a joyful and loving story that also helps us to understand the problems and benefits of living with and being a young person growing up with Asperger Syndrome.
Some plays can leave you shuffling around in your seat and glancing at your watch, but not one second is wasted in this high energy fast moving tale, brilliantly directed by Marianne Elliott. You may even find that you leave knowing rather more about mathematics than you ever expected, especially if you pause a little before leaving!
With a rather splendid model railway, some adorable (and real) pets and stunning technical details this is a performance not to miss, and indeed worth seeing again even if you caught the last visit to the Theatre Royal.
© Julian Swainson 2017
Listing:

Find out more in these videos: