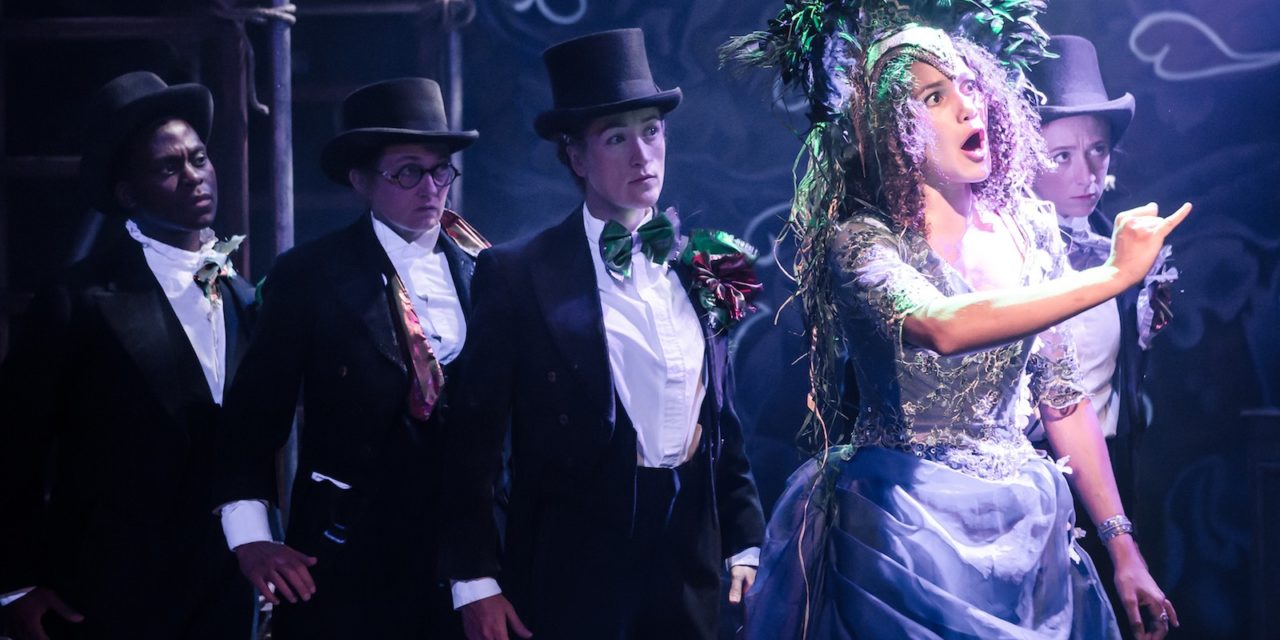 An earlier cast in the Dream – photo supplied

Shakespeare’s magical favourite fantasy gives theatre directors a wonderful opportunity to let their imagination run riot in presenting this delightful script and The Watermill Theatre Company are not know for missing the chance to dazzle and innovate. This week they weave their magic on the Norwich Theatre Royal stage in Norwich.

A hard working cast of just ten transform the Dream into a musical delight, with six classic twentieth century romantic hits weaved into the tale of forest magic and misadventure. The cast are also the musicians and singers for the well-rendered songs weaved into the narrative.

At first I was a little confused by the role-swapping by the cast as the costume clues are less than obvious at first. Faeries are adorned in top hat and tails, while the Athenian gentry could have walked straight out of a Jane Austen TV regurgitation. After a while the conventions of this production become clear and the audience can concentrate on the fun of this version of the Bard’s best loved play.

The clever casting of this show adds to the jollity – we have a wonderful female Bottom (Emma Barclay) adding an extra dimension to scenes where Bottom is wooed by the Faerie Queen Titania and those where the Mechanicals’ rendition of the sad tale of Pyramus and Thisbe, in which Bottom’s Pyramus is besotted with a particularly tall chap (Jamie Satterthwaite) as the lovely Thisbe, resplendent with generously smeared lipstick.  Jamie also morphs into the urbane Oberon plotting to regain the love of his majestic Queen Titania (Emma McDonald) with cheeky magic spells.

Molly Chesworth pops up all over the place as Puck, suitably mischievous and with a sideline in magic tricks of the more modern kind. Billy Postlethwaite looks magnificent as vexed lover Lysander, looking like a blend of Frank Zappa and Murray Lachlan Young, wooing his devoted Hermia (Lucy Keirl) who has however been promised to Demetrius (Mike Slader). He in turn is the object of Helena’s desire (Robyn Sinclair).  The lovelorn foursome go through their trials in the woods before returning happy and appropriately re-paired for they wedding along with Theseus (Offue Okegbe) and a rather bored looking Hippolyta (Emma McDonald again). The scene is then set for the funniest version of the Mechanical’s sub-play that you are likely to see for a long time.

All of the cast in this lively production are full of energy and give us a great diversity of enjoyable characters. While the play is true to the original script the addition of music and a few quips works well and enhances the familiar lines. It is great fun and would be a fine introduction to live Shakespeare for younger theatregoers, along with the same company’s Macbeth where the same cast alternate between the two plays all this week. Director Paul Hart is building a growing reputation for presenting us with some of the liveliest versions of Shakespeare currently on stage, and this is one of his best. 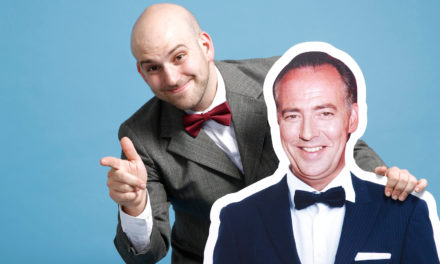 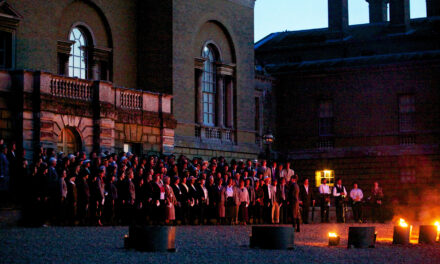