Harpsichord hysteria hits the Doctor Bartolo household – photo supplied
Rossini has composed music that is instantly memorable – and so often stolen by all kinds of tawdry TV advertisers – but  with Il barbiere di Siviglia he presented orchestra and singers alike with a daunting technical challenge.
The Barber of Seville, as we may know this work, has been at the very heart of successful opera theatre and deservedly popular for over 300 years. It is based on an even older theatrical work by Pierre Beaumarchais, which spawned not just Rossini’s Barber but also Mozart’s later Marriage of Figaro. The versatile and multi-skilled hairdresser and man of all trades Figaro is at the heart of this tale, yet strangely unaffected by the romantic shenanigans within. His role is to facilitate the path of true romance between his old mate Count Almaviva, now masquerading as impoverished student Lindoro and the delightful young Rosina, ward and intended bride of  the bustling and bumptious Doctor Bartolo.
As the orchestra rises above the coughing crescendo of a November audience we immediately recognise the melodies in the delightful overture, and mostly we resist the urge to sing along quite badly. This is probably much better than the original work’s premiere, where a rival composer had hired a mob to come and disrupt the first night. The rival (Paisiello) has possibly not achieved the long lasting fame of Rossini, in spite of his impressive list of 94 operas composed.
Director Annabel Arden has taken Rossini’s masterpiece and injected a new richness and texture, with a physical theatricality that has the audience jumping from their seats with delight at the detail of this spectacular production. She has worked with designer Joanna Parker to create a moving, mobile and fluid display of multiple talents which works perfectly with the complex score and removes the tension so often felt in watching opera where we have a whole aria to sit through while waiting for a single dramatic moment to unfold. She takes the operatic convention of the ‘slo-mo’ movement to a logical new stage of a game of ‘statues’ helped by Rossini’s own introduction of the idea as he represents the startled chaos in the Bartolo household as an entire squadron of police officers descend upon them.
This production is full of movement and physical humour and even slapstick in joyful moments of comedy between Bartolo’s servants and Governess Berta. Think of it as a pre-season nod to panto, but don’t tell the Glyndebourne regulars that. They would have to leave.
Marco Filippo Romano is perfectly cast as the rather short middle aged Doctor Bartolo who wants to wed his teenage ward the gorgeous Rosina played with a scary intensity by Laura Verrecchia, who dominates this mostly male cast. She makes it very clear that Rosina is a young woman who knows what she wants, and will do whatever she needs to get it.
Meanwhile the handsome Figaro (baritone Tobias Greenhalgh) is plotting with Lindoro, really Count Almaviva (Jack Swanson) to help him, at a considerable price, achieve his hearts desire by wooing Rosina for himself. She is clearly quite keen on this wooing. The interplay between Greenhalgh and Swanson is perfectly executed and they both look the part with Figaro as a fit young handyman and the Count as a suitably polished but very young aristocrat.
Director Arden has picked a distinctive cast and Anatoli Sivko gives us Basilio, the teacher who is always available to the highest bidder, in a remarkable performance with facial gestures that Buster Keaton would envy, and something startling going on underneath his cassock.
Quietly emerging from the domestic chores Berta (Janis Kelly) turns from frustrated spinster governess into the star of another romantic sub-plot who comes to life while giving a commentary on the lustful hurly-burly that she is obliged to witness as one of those who guards Rosina’s virtue. That girl can dance.
Movement is what sets this ‘Barber’ apart from many productions before it, and Director of Movement Toby Sedgwick draws on a panoply of dance styles and is almost certainly the first choreographer to get a bit of Gangnam style into a Rossini opera. It fits. Perfectly. There are all kind of hints from other dance vogues, and other cultural icons too numerous to digest from a single enjoyment of this Glyndebourne masterpiece. If the story were less riveting you could amuse yourself counting up the cultural influences represented on the stage, but Director Arden makes sure that there is always so much going on that we have to pay attention to keep up, with many twists and turns showing that even the truest of instant loves will often trip and stumble occasionally.
The Glyndebourne company have taken a superb comic opera and added a great deal without in any way diminishing the music or complexity of the original Rossini score or Cesare Sterbini libretto. This is a joyful performance by an accomplished and daring cast who make the most of every moment. The principals are never less than captivating, but keep an eye on their silent servants too, they are up to all kinds of humorous mischief. This Barber is the perfect contrast to the rather more formal Così fan tutte from the previous evening, and will doubtless lull us into a false sense of happy ease before the rigours of the much-anticipated Hamlet on Friday evening. Make an appointment with this Barber – he will keep you smiling well beyond the weekend!
©Julian Swainson 2017
Listing:
Così fan tutte, Tuesday 14 November at 7.15pm and Thursday 16 November at 2pm. Il barbiere di Siviglia, Wednesday 15 November at 7.15pm and Saturday 18 November at 7.15pm. Hamlet, Friday 17 November at 7.15pm. Tickets £8-£55. Discounts for Under-18s, Schools, Groups and Savers. Please note Supertitles are not visible from Stalls seats in Rows Q-W. Buy a full-price ticket for Hamlet in Bands A-C and get £10 off the same price ticket for Cosi or Barbiere.
To book, log onto www.theatreroyalnorwich.co.uk or call the box office on 01603 630000 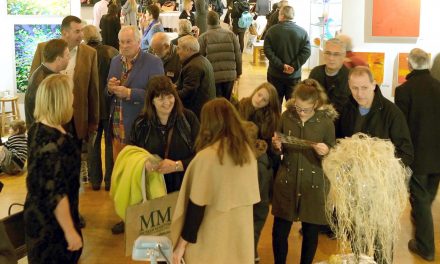 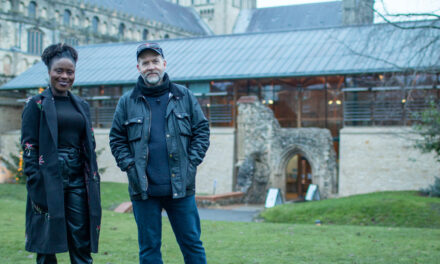 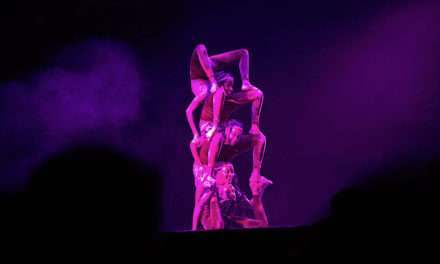