Keep an eye on that razor, Joe. Dean Smith and Joe Eyre in Gallowglass – photos supplied
–<<oo0oo>>–
There is a considerable vogue for television drama that can be extended for many hours of screen time. The formula for success includes recognisably glorious English country settings, a large distribution of unearned wealth and some suitably unstable and strongly drawn characters to keep us busy while the plot proceeds with all the grace and élan of a tarmac laying machine.
Gallowglass features so many of these elements that it is hard to believe it was not conceived with television in mind. Written in 1990 the original book, published under her pseudonym Barbara Vine, followed Ruth Rendell’s TV success with the Inspector Wexford series. The adaptor Margaret May Hobbs has tried to include the breadth of detail that box-set TV demands to fill the flickering hours, without perhaps grasping that a stage production is an altogether different matter.
Contemporary stage drama at its best recognises that while we understand the language and idiom of the TV and film production styles we want something much more viscerally engaging in the couple of hours we permit actors to hold our attention these days. Less is more.
The ten strong cast struggle with the task set to them, and by and large they do a good job. Their portrayal is not the problem, they really do their utmost to make us believe the characters drawn for them. A complex set of distinctive personalities are thrown together by a frankly implausible kidnap plot with a smattering of little sub-plots that confuse as much as illuminate the central narrative.
The story, as briefly as I can manage, follows an experienced louche kidnapper Sandor attempting to repeat his former success. He subjugates luckless failed suicide attempter Joe as his devoted assistant, and Joe’s amoral vamp of a sister Tilley to join the plot. The play dangles many themes without any form of resolution, including the sexuality of the leading characters, the history of the potential (but of course compromised) hero and the overwhelming persistent unanswered audience question: ‘why would anyone do that?’ The answer is of course that they would not.
The complicated construction of this work allows us to be drawn into an unrequited optimism for several possible happy endings. We are presented with at least one explicit and about four potential romantic engagements which could lift our hearts from the gloom of the thuddingly dull kidnap story. Just don’t buy that wedding hat yet.
I am a great fan of detective fiction that realises the dramatic potential released when overtly normal people start to behave in an unpredictable manner. The grace of the psychological Simenon thriller or the sheer genius of Dorothy L Sayers will always hold my attention. Those writers do not fill their pages with people shouting ‘look at me me me!’ Whereas in this ordeal the only apparently normal person is the walk on part of the hotel under manager, and frankly he was on the verge of overdoing it. A long time in the wings is not good for anyone.
The slow pace of this production did yield an unexpected bonus. I am not normally a fan of my fellow audience members, but on this occasion I have to say that those near me did a sterling job of filling some of the lengthy pauses in the on stage action. When the hero chauffeur Garnett finally grasped the intentions of m’lady Nina a voice behind boomed “oh God – not rumpy-pumpy”, while another near to me rose from a deserved snooze slightly later to say “if someone doesn’t get murdered soon I’m off”. Hard not to smile.

Yielding to the inevitable – Florence Cady and Paul Opacic in Gallowglass

There are a few lighter moments some possibly unexpected to this Midlands cast such as the unrestrained mirth at the idea of a “Norwich Express’ hurtling through Colchester station. Rendell liked to furnish her stories with local colour from her adopted County of Suffolk and her Essex homeland. But any mirth is negated by the frankly unpleasant aspects of some of the stage action featuring everything from a cut throat razor to those phantasmagorical speeding trains.
For all my easy criticism this has the potential to be a good stage thriller, but the director needs to grasp the cut-throat razor from the psychopathic hands of the kidnapper Sandor and set about this unwieldy script with murderous precision. The skilled cast do this script more justice than it deserves, in a tale that raises so many moral issues but offers precious little in the way of redemption or resolution. Most of the last twenty minutes of this play is unnecessary, and hints at the failure of this yarn to achieve episode two of that box set. With less stultifying detail thrust into the play there would have been room to genuinely analyse the nature of relationships between kidnapper and victim, the much discussed ‘Stockholm Syndrome’ promised in the programme notes.
If you want to see a capable troupe of actors, some well known from TV glimpses, doing their very best then get down to the Theatre Royal and catch this show. But try not to bear in mind that in the same two and a half hour slot you could pop to the library, go home and polish off an excellent Maigret novel. With a nice cup of tea. Now there’s a thriller.
© Julian Swainson
Listing:
Gallowglass, Tuesday 20 – 24 February 2018 at Norwich Theatre Royal. Tickets £8-£26.50. Eves 7.30pm, Mats Thurs & Sat 2.30pm. Discounts for Friends & Corporate Club, Over-60s, Under-18s and Groups. Captioned performance on Thursday 22 February at 2.30pm. For more info or to BOOK ONLINE www.theatreroyalnorwich.co.uk 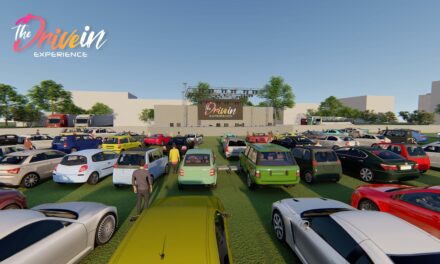 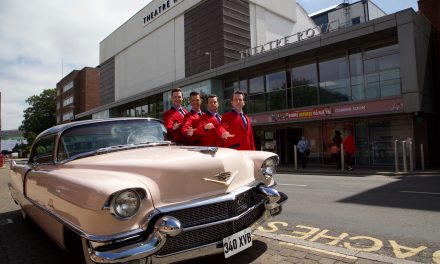 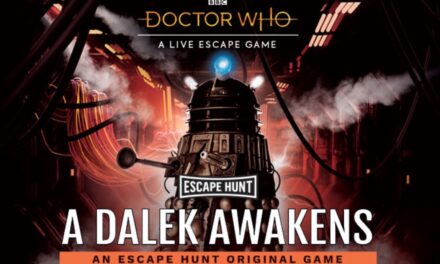