Enlightenment is a play written about fifteen years back by Shelagh Stephenson who amongst other works may be known for the BBC Radio Four occasional series ‘How Does That Make You Feel’. Regular Radio Four listeners may feel that on occasion the acting talent in that series is rather better than the written material.

The theme of this work is an analysis of the effects of unbearable loss and grief and how it affects those involved.  The play is also branded sometimes as a thriller.  I never really understand that – it suggests that genuine and desperate emotions should be presented to us as thrill seekers, happy to get our kicks from the pain of others.  The writer does indeed bung in a mix of her favourite character types, including a fading MP, a TV shrill, a suffering partner and strong female lead who is given the bulk of the heavy lifting in this piece.  The early reception for this play cannot be described as entirely positive, so it makes an interesting choice for the Minotaur Theatre Company in their UEA Drama Studio setting.

I have learned from seeing a few productions in this setting to set aside any prejudice or doubt I may enter with.  Minotaur confirm the trajectory of my learning curve, they have taken a script that is far from perfect and come up with a truly moving drama.  Stephenson writes best for strong female characters who are compromised by the reality of their lives, and the dominant personality here is Lia, mother of a disappeared lad barely in his twenties who has travelled far but not returned.  Lia is played with passion and conviction by Tara O’Sullivan, and her performance is engaging and captivating as she portrays a woman facing the worst of horrors knowing her son is lost, but not knowing any more.  Fergus O’Loan plays her partner Nick, stepfather to the missing Adam.  The two of them are very convincing as a couple of decent people trying to cope with an impossible level of stress.

Early in proceedings we meet the homely Joyce (Molly Farley) who hears the voices of the dead and dispossessed and comes to offer Lia her input, to the obvious disdain of Nick.  We also meet the TV producer Joyce, portrayed with a discomforting veracity by Ella Rose Thompson, who wants to make a documentary about their tragedy, and Lia’s father Gordon (Alexander Wiseman) who has had a dinner or two with the TV girl before bringing her into this family tragedy.  The script allows us to learn of the dysfunctional triangles between the characters, a ‘rock paper scissors’ setup but with more players.

The first act is scene setting, and culminates with the possible rediscovery of the lost youth.  The second throws them all into a pot that is boiling over, with previous certainties thrown aside.

Adam is apparently found flying home at the airport, a bit the worse for wear, under the scrutiny of the TV team and the family, but he is not what they expect.  A young man with no memory and doubt about his identity comes home with the confused parents.

Things unsurprisingly get much worse, particularly when the young man (Pete Rapp) turns out to be very different from what anyone’s expectations may have been.  Lia in particular comes under unbearable stress and attack, while others accentuate their established characters.  The role that young Adam plays within the stressed family is a shifting chimera that is hard to understand or follow, but it is clear that he is trouble, and each character is given a chance to tell the generously spirited Lia just how much trouble he is.

The strength of this production directed by Charlie Douglas and Georgia Crowe is that they turn mediocre material into a genuinely engaging work.  Tara O’Sullivan is compelling as a mother who has lost her son just as he steps into being an adult, and her performance alone makes this show worth seeing.  The other cast members contribute as far as the script allows them to, so we have a believably supportive partner in Nick and a suitably deranged young man as the cuckoo son.  While Molly Farley gives us an engagingly dotty medium you do wonder why after a bit, and the role of Lia’s father gives no room at all for Alexander Wiseman to show us his drama chops.  Ella Rose Thompson is diverting in just the way that young brash TV people really are, a glossy impatient presence reeking of insincerity while always drawing attention.  Ella extends the stereotype to being almost acceptable while reverting to form under pressure.

This cast have worked hard to present a carefully considered and well-honed production which showcases the skills learned on the UEA drama undergraduate courses.  These courses have helped several well-known names in the theatre world to start their careers, and I would keep a look out for the members of this cast and crew as they move into the wider world of the performing arts.  Although the subject matter was disturbing and emotional the overall effect is uplifting as we see stressed characters asserting their human decency in spite of the challenge facing them. 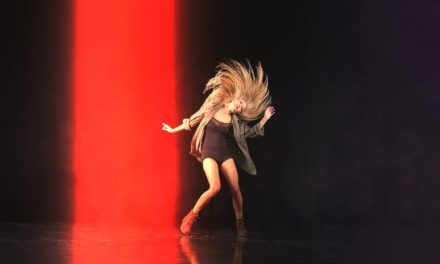 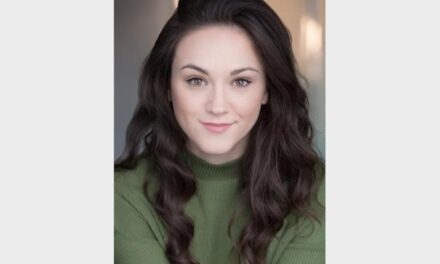 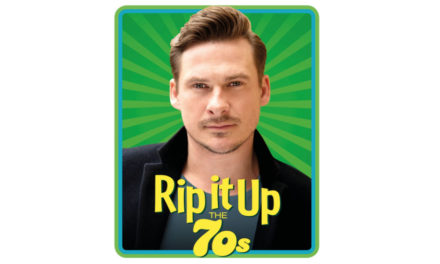 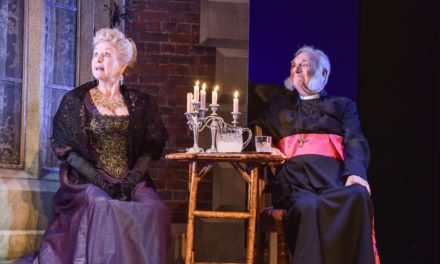