“Ok, Mr Grumpy Reviewer. Tell us what you don’t like”

‘Not a lot. I always like a good show, and I like a bit of variety and innovation’.

“Yeah, but there must be things you don’t like – what really gets you wound up?”

‘Well, since you ask, I have a few pet hates. Not a big fan of middle-of-the-road music. Not that keen on big stagey showbands. I can’t stand flashy light shows either. Oh, and those bands that play medleys because they expect their audience to have such a short attention span. That really gets my goat. Oh, and I can’t stand theatrical smoke effects.’

“Well this should be interesting. You are reviewing Nathan Carter tonight”

‘Yeah, thanks for that. Thanks.’

And so off to the Theatre Royal goes Mr Grumpy on a bloody freezing Wednesday night. With a list of boxes to tick.

‘Well it’s Irish music, might be a bit of Dubliners-raw folk or some Celtic passion. That would be good.

The support act were really rather good. The Haley Sisters hail from somewhere quite close to Bingley in West Yorkshire and come on stage looking like they might have just popped down the Co-op for a pie or two, with a chap who has clearly left his whippet close by. When they start singing and playing guitar an entire audience including me quickly readjusts its preconceptions, and falls in love with the talent of this well honed trio of two sisters and one husband. The sisters are Jo-Ann and Becky, and Becky’s husband Brian Smith is the third talented guitarist in this little powerhouse trio who are good enough to headline but give a rousing start to support the main event of the evening.

A too-early interval and then it’s time for Nathan.

The man himself comes onto stage in a suitably dramatic fashion, young and fit and handsome and… wearing a red jacket. Did this man cut his teeth at Butlins? I never went there myself, too busy motorbiking up mountains, but a lot of people told me about the redcoats who were all round entertainers looking for their place in the firmament of stars. Audience pleasers. Multi-talented’.

‘Well this one is up there now. And off on his first medley of hits (tick) and commanding the stage, and the band, and… the audience. This is music that should offend nobody. A bit of Glen Campbell here, a bit of Kenny Rogers there, a “song or two off my latest album”, all rushing along pell mell with barely a pause for breath. The king of the segue. And the six piece band of fine Irish musicians, well isn’t that a showband? (Tick). Well maybe, but they are rather good aren’t they?

As the show goes on, the lighting man finds his confident stride. The flickering lights turn into a full on eyeball assault. Much of this is OK, but when a huge bank of very bright white/yellow lights start blinding us in time with the beat through the theatrical smoke effects (tick tick) it does look a bit too much like a near-death head-on encounter with the gritting lorries that several of us experienced on the way to the theatre’.

“OK Mr Grumpy. What about Nathan?”

‘Well he can certainly sing. I hate to admit it (I really do) but this lad has a fine set of pipes and knows how to use them. And he is a dab hand on the accordian. And the piano. He is a clever bugger and no doubt. He moves well on the stage, clearly loves his band, and his Nan, and his audience. It is mutual.

This is not a show that pushes the boundaries. It is a very competent show by good musicians and a fine singer for folk who like the comfort of some familiarity. In the mid part of the show we get a hint of the jig and the reel, but just as the blood starts to get stirred we are right back splashing about somewhere in the Mid Atlantic morass of easy listening.

Nathan Carter has his own TV shows and is a competent and talented performer with a friendly and engaging stage persona. He references Daniel O’Donnell, which is entirely appropriate. And he moves more or less effortlessly from Elvis’s ‘Burning Love’ to ‘Proud Mary’ (keep on burning) as the show reaches its climax and the audience get up and dance. Well it is called the “Wanna Dance Tour 17”

This is the first night of a big tour taking the high road and the low road (yes he did that) all over England, Scotland and Ireland. A lot more people will know what Nathan Carter looks like and sounds like by the end of 2017. And if they might forget, there is a lovely brochure with at least 23 pictures of him in it. But I get the feeling that this audience won’t forget him, and will be back for more as soon as he returns’.

“I knew you would enjoy it, you grumpy old bugger”. 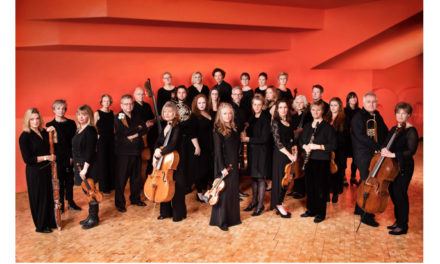 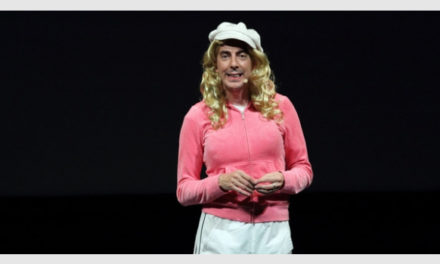