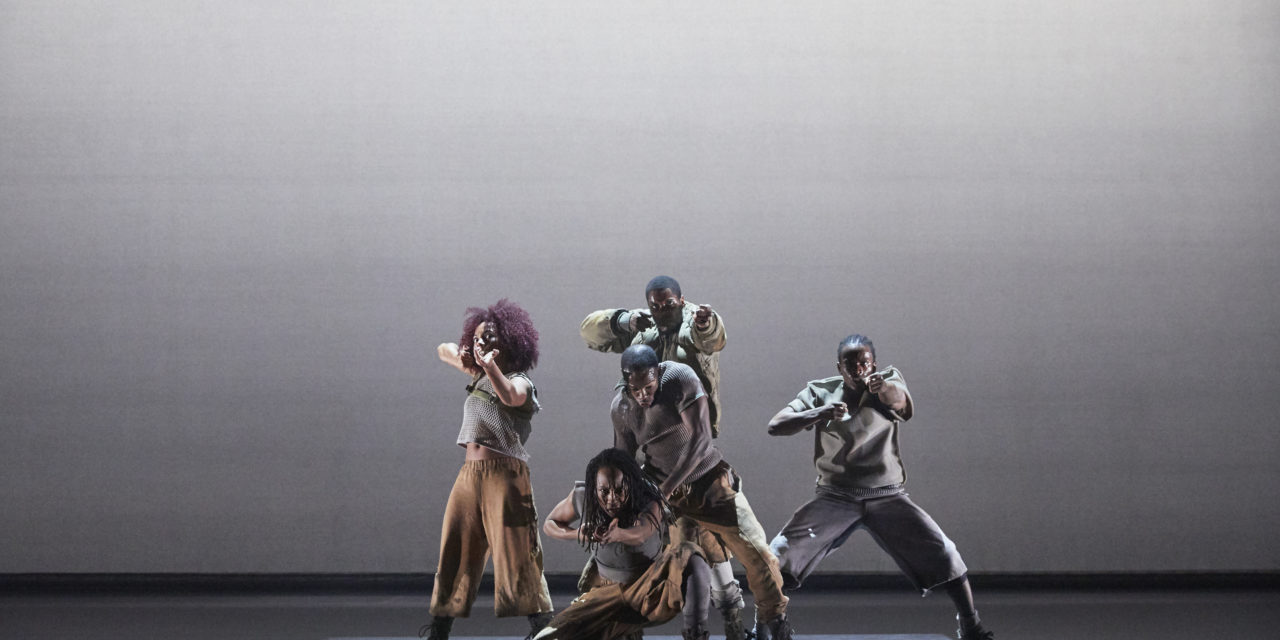 There are many and varied delights in this year’s Norfolk and Norwich Festival programme. Two events at the Theatre Royal caught our reviewers attention.

Dance troupe Boy Blue gave us a thrilling trio of dance works set to loud hiphop beats. The work overall is called Blak Whyte Gray, each being the name of one of the dance works.

The dance is particularly staccato at the start of the first piece, Whyte, with movements reminiscent of street robot dancers as well as the full range of hiphop moves.

The three dancers in the first work continue as it merges into Gray, where all eight dancers take to the stage using dance moves to tell a range of interlinking stories of identity, oppression and transcendence.

After an interval the eight return with a single longer work, Blak.  The dance is elegant, precise and energetic.  Sometimes so many separate dramas are being presented that it is hard to keep pace with what is happening.

We do not see enough modern dance in Norwich, and this Barbican based group offer us the best I have seen for some time. Each dancer has the space to develop their own character while working very closely with each other, often seeming to be part of a single organism on the darkly lit stage.  My only problem with this show is that sometimes the lighting while dramatic is just not enough to see what is happening, and you will want to with this exciting company.

Without any ado the Safety Curtain rose to indicate the end was nigh – of the interval anyway.  That set the tone for what followed. Sans introduction, a gentleman with somewhat unusual attire just casually wandered onto the stage.  Taking a seat in front of his instrument, Chilly Gonzales simply started playing a piece of music that probably wouldn’t have been out of place for a typical piano recital.  Prior to the second number, a pause to drink from a bottle. Meanwhile, a disembodied voice – Chilly’s internal monologue – let slip what was happening.  One might almost suggest that he was marking the territory; by demonstrating to those assembled that he is clearly confident and competent with his craft.

The guy who appeared to be sporting a monogrammed ‘dressing gown and carpet slippers’ was letting us know he was in charge and this would certainly not be a pedestrian performance.

Chilly Gonzales shared several anecdotes throughout the performance, each of which made the complex musical techniques he was describing much easier to understand than could otherwise have been the case.  We learned that the same building blocks were used for ‘In the Mood’, Baroque music, ‘Daft Punk’, ‘Hotel California’, and no doubt countless other compositions.  Once joined on stage by Stella LePage with her Cello, and Joe Flory with a drum kit (and triangle… don’t forget the triangle!), further insights to the creative process were shared.  It was an exceedingly user-friendly music theory class, but revealed several tricks of the trade.  Best not list them all here!

What was a collection from Chilly’s back catalogue spanning some 15-20 years drew to a close with a standing ovation and rapturous applause.

The term ‘encore’ may have been taken somewhat literally. With inspiration from serialised TV drama, ‘Previously on Chilly Gonzales’ condensed the entire evening’s performance into a few minutes with carefully selected extracts combined skillfully and delivered with impeccable comedic timing.  The final piece was a nod to the campfires Chilly Gonzales remembered from the summer camps of his childhood in Canada.  The summer campfires that sparked his love of music.  He had the entire Theatre Royal humming a backing track to be supplemented by the performers voices, piano, cello and drums.

Chilly Gonzales was supported by Sarah McCoy, a performer with whom he often collaborates since working on producing an album with her. The first half of the show was compered by Sarah sharing snippets of her life story and songs that accompany and add colour to the narrative.  Sarah is from across the pond, and played the piano in New Orleans for quite some time.  Her engaging delivery, and larger than life personality was surpassed only by her headdress that wouldn’t have been out of place atop the Statue of Liberty.

I wasn’t sure what to expect ahead of the performance but I was delighted that it was so engaging, informative, and entertaining. Chilly Gonzales et al come highly recommended – don’t pass up a chance to see them if the opportunity arises. 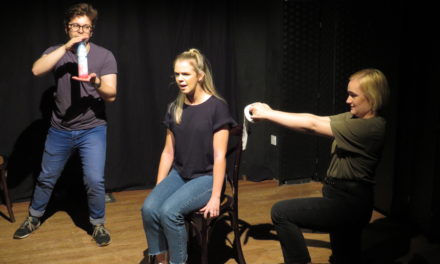