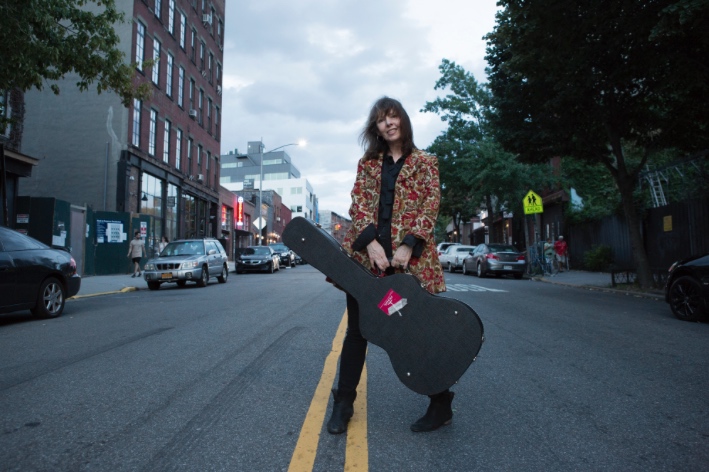 Amy Rigby established herself as a solo artist in 1996 with debut album Diary Of A Mod Housewife, but had already been writing and performing her honest, intelligent and instantly-memorable songs for years as a member of early NYC alt-country band Last Roundup and girl group the Shams. Over the last two decades she has toured the US, UK and Europe and released four more acclaimed solo albums, as well as three duo records with her husband Wreckless Eric. This fall, Diary Of A Mod Housewife will be released on vinyl for the first time and Amy is touring to revisit the classics and play new songs from her upcoming solo album due out next year. Amy has a concert at Cromer Community Centre on Saturday 10th December, 7.30pm with American singer songwriter Amy Rigby who will be supported on bass by her husband Wreckless Eric.

When she was thirty-seven, the age most people think it’s about time to grow up and settle down, Amy Rigby did the opposite and released her first solo record Diary Of A Mod Housewife. Diary was a concept album inspired by years of juggling artistic dreams, day jobs and relationships with the added challenge of motherhood. It was an early midlife battle cry complete with manifesto that ended with the words “not…ready…to give in…yet.”

Diary Of A Mod Housewife combined real life lyrics and transcendent melodies with a passionate music fan’s collection of pop, rock and country influences. It was a critical smash and commercial success; voted #8 album in the 1996 Village Voice Pazz & Jop Critics’ Poll and landed Rigby on NPR’s Fresh Air with Terry Gross, noncommercial and college radio and in every major magazine and newspaper in the US. In October 2016, twenty years after its original release, Diary Of A Mod Housewife becomes available on vinyl for the first time, and Amy is touring the US and UK to revisit the classics and play new songs from her upcoming solo album due out next year.

Amy grew up listening to AM and FM radio in the suburbs of Pittsburgh and moved to New York City in 1976 to attend Parsons School Of Design. She saw all the bands at CBGB and Max’s, followed the Pop Group and Raincoats to London, and helped start late 70s downtown nightspot Tier 3 with a group of friends. She formed no wave band Stare Kits with Angela Jaeger (Pigbag) and began writing songs, singing harmony and playing guitar in country band Last Roundup with her brother Michael McMahon, putting out one album on Rounder in 1987. Amy’s next band The Shams, post-modern girl group beloved by Richard Hell and Robert Quine, released one album (produced by Patti Smith guitarist Lenny Kaye) on pioneering indie label Matador in 1991 and an EP in 1993.  The Shams toured the US, opening for both the Indigo Girls and Urge Overkill (possibly the only group on earth who can make that claim). Amy began playing solo shows and sending out cassettes of an early version of Diary. She worked with producer/guitarist Elliot Easton of The Cars to complete what dean of rock writers Robert Christgau called 1996’s “concept album of the year”.

Since then, she’s appeared on Late Night With Conan O’Brien, Mountain Stage, World Cafe, Whad’Ya Know, BBC 6 Music’s Marc Riley Show and PBS’s Speaking Freely. Amy has been a panelist and performer at CMJ, South by Southwest, Bumbershoot, Lilith Fair, Rockrgrl, Folk Alliance and Southern Festival Of Books conferences, and had her portrait drawn for the New Yorker.  She was a staff songwriter for Welk Music in Nashville and has had songs covered by They Might Be Giants’ John Flansburgh, Ronnie Spector, Maria Doyle Kennedy and Laura Cantrell.

Over the past two decades, she’s has toured North America, the UK and Europe and released several more solo albums. She’s also made three albums with her husband, British pop legend Wreckless Eric, who she met while performing his classic 1977 single “Whole Wide World” and reconnected with at a Yo La Tengo Hanukah show years later. Amy’s record “Dancing With Joey Ramone” is a staple of Little Steven’s Underground Garage show on Sirius XM and kitchen sink anthem “Are We Ever Gonna Have Sex Again?” is played in cafes and bars around the world by real life mod housewives and husbands.

“Her whimsical, often autobiographical songs are masterful. Funny and enticing, she is up there with the likes of Paul Simon and Randy Newman.”
New York Times

“Germaine Greer with a guitar and a sense of humor.” MOJO

Here is a link to Amy’s session on the Marc Reily show, BBC Radio 6 on Wednesday:

Or Holt Vinyl Vault, in Holt, or Cromer Farm Food Shop, in Cromer 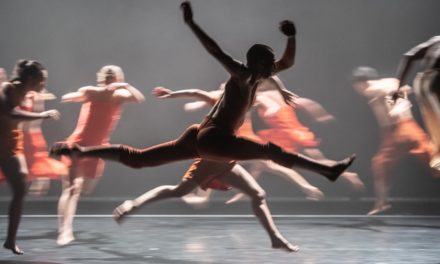