The election of the hard-right businessman Donald Trump as US President has raised concerns worldwide that the office sometimes referred to as the “Leader of the Free World” is now occupied by a man who boasts about never paying taxes, grabbing women by their genitals and fomenting hatred and division. His first week in office has seen a raft of illiberal measures rushed through by ‘executive order’ in the face of strong advice against many of them.

The Norwich community has a proud record of tolerance, equality and welcoming refugees from troubled areas around the world so it is little surprise that a demonstration has been organised to allow people to express their feelings about the new president, who was allowed to take power in the US due to its rather odd electoral college system, in spite of getting nearly three million less votes than his rival Hillary Clinton, the Democratic candidate. 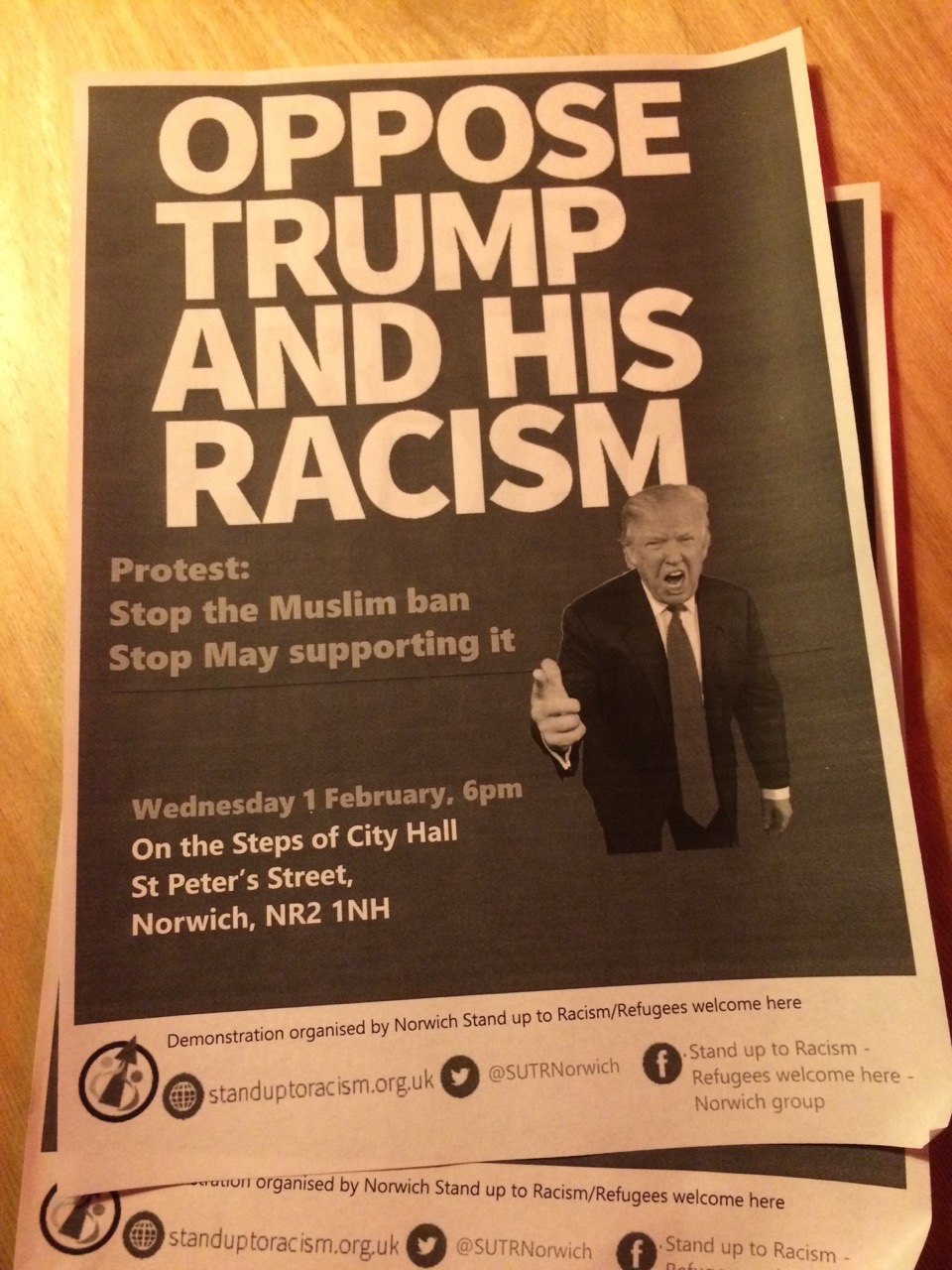 Many concerns have been raised by the rather tardy response of British Prime Minister Theresa May, who has been widely depicted across the media as the first foreign leader to meet Trump and hold his hand in public, something he sometimes seems reluctant to do even with his own wife Melania normally. 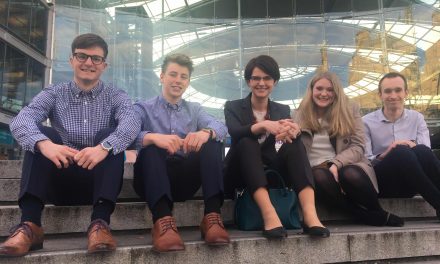