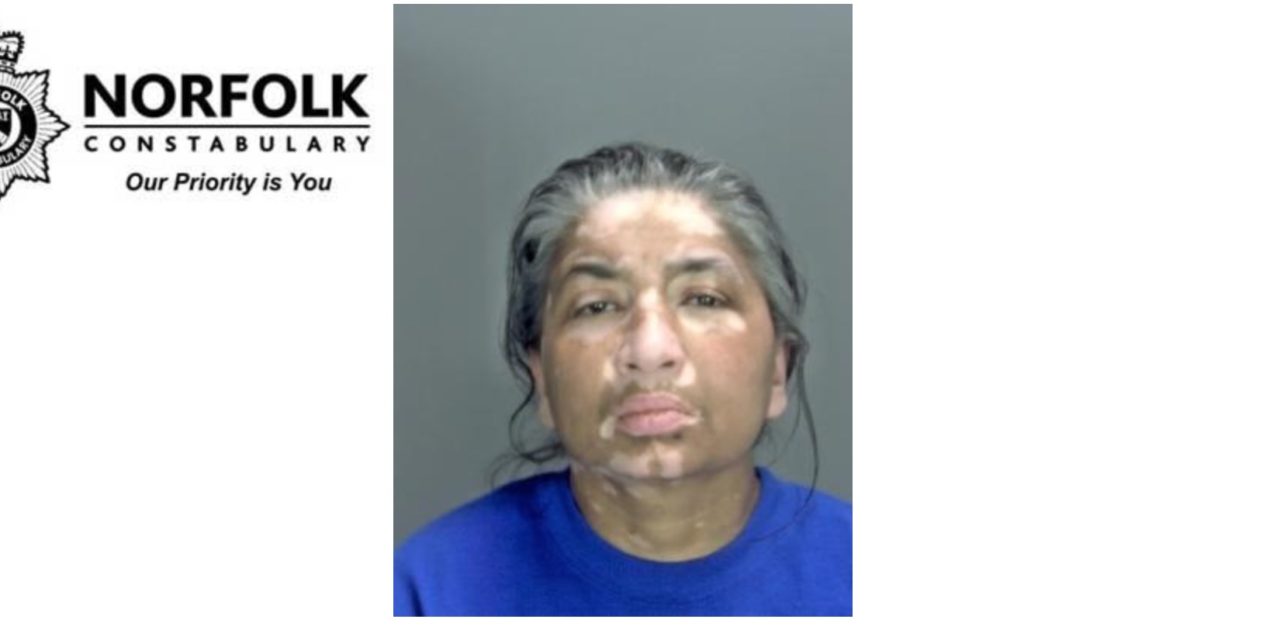 A Wymondham woman has been jailed for life for the murder of her husband.

Jeyamalar Kumarathas, 55, and of Burdock Close, Wymondham, was found guilty of murdering her 57-year-old husband in the town in March 2019 on Friday (28 February 2020) following an eight-day trial at Norwich Crown Court.

She was sentenced to life imprisonment to serve a minimum of 16 years at Norwich Crown Court today (Monday 2 March 2020).

Jeyamalar and her husband Kumarathas Rajasingam had been at home in Burdock Close with their two adult children when, late on the evening of Saturday 16 March 2019, the East of England Ambulance Service received a call from their daughter to say her mum had stabbed her dad.

Officers attended the property just before midnight and found Kumarathas with stab wounds to his side and back, and an injury to his head thought to be caused by a fall.

Despite receiving critical care at home and undergoing emergency surgery at the Norfolk and Norwich University Hospital, sadly, Kumarathas died of multiple organ failure as a result of a massive internal haemorrhage on Sunday 17 March 2019.

During the trial, the court heard how Jeyamalar had a history of alcoholism that became significantly worse following the death of a close friend in 2008.

Over the years that followed, the family came to the attention of police in Norfolk and London on a number of occasions in relation to domestic related incidents and reports of anti-social behaviour and drunkenness in and around the family home and the shop they owned in Blackthorn Close, Wymondham.

Detective Inspector Neil Stewart said: “This has been a very challenging case in what are tragic circumstances. The children of both the victim and murderer were present as the true horror of what was happening in their home unfolded before their eyes. I can only image how terrifying that must have been for them.

“While’s today’s sentence brings some sense of justice, the two children of the victim and murderer will live with the loss of their much-loved father for the rest of their lives. Our thoughts today are with the children and the extended family.”