Police are appealing for help to trace a man who is wanted in Norfolk.
Danny Scott Grey, aged 32 and from Ipswich, is wanted on recall to prison for breaching the terms of his license.

It’s believed he is currently in the Great Yarmouth area but he is also known to frequent Norwich, North Norfolk, Dereham, Thetford, Wymondham, Attleborough and Ipswich.

Anyone who may have seen Grey or know of his whereabouts should contact Norfolk Police on 101. 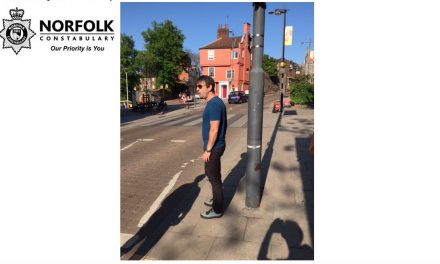