A man responsible for running a drugs line in Norwich has been jailed.
Matthew Mills, aged 33 and from London, appeared at Norwich Crown Court today (Tuesday 14 January) after previously pleading guilty to being concerned in the supply of crack cocaine and heroin and possession of cocaine with intent to supply between January and November 2019.

Officers arrested Mills in Norwich on Tuesday 26 November 2019 following a 10-month investigation which identified Mills as responsible for running a drugs line, known as ‘JJ’, in the city.

Analysis of mobile phones seized from Mills revealed hundreds of text messages sent out to multiple recipients over a short time span, advertising drugs for sale.

Mills was sentenced to six years and nine months in prison. 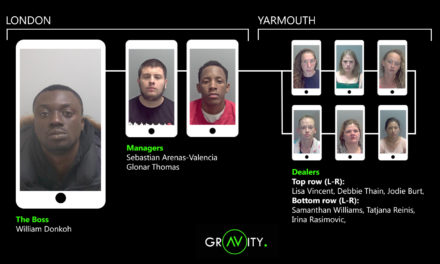