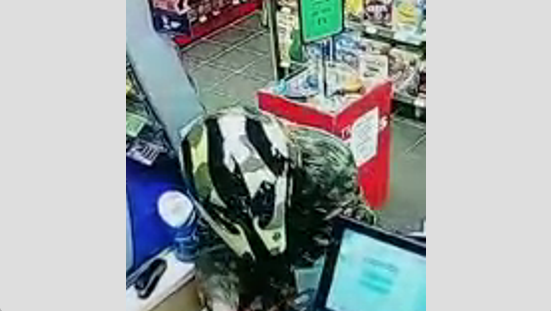 Detectives investigating an armed robbery in Norwich on Wednesday 17 April 2019 have released a CCTV image of a man they want to identify.

The incident happened at about 1.20pm when a man, armed with a BB gun, entered Fish’s newsagent on Plumstead Road East.

No one was injured during the incident and nothing was stolen.

The suspect fled the scene running across Plumstead Road East towards Woodside Road, near the doctors surgery.

Officers have now released a CCTV image of a man they would like to identify.

Anyone who may recognise the man in the image from the motorcycle helmet and clothing he is wearing should contact DC Bob Walker-Hall at Norwich CID on 101.