Visit to the NNUH in honour of Fab Change Day

Fab Change Day is taking place on Wednesday 19th October and the Norfolk and Norwich University Hospital will be taking part in a range of activities including hosting the organisers of the national event.

Fab Change Day originated from NHS Change Day, an event established in 2013 to encourage collective action for positive change across the NHS. NNUH is participating in the nationwide initiative this year and are encouraging their staff to make a pledge, however big or small, to bring about positive change for the benefit of patients and colleagues.

This year, the NNUH will be one of only 12 organisations in the country to be visited by Roy Lilley and Dr Terri Porrett, founders of the Academy of Fabulous Stuff, the community interest organisation responsible for orchestrating the event . In honour of the day, the pair are aiming to visit 12 health and care centres across England, including hospitals, a homelessness centre and the London Ambulance Control Centre in a 24 hour period, starting from the NEC in Birmingham at 9am on the 19th October and finishing at the Royal Hospital in London the following morning. Mr Lilley, a former NHS Trust Chair and Dr Porrett, will arrive in Norwich at around midday and will be welcomed by staff from the NNUH including Chief Operating Officer, Richard Parker.

Richard said: “We’re delighted to be welcoming Roy Lilley and Dr Terri Porrett from the Academy of Fabulous Stuff. We have some fantastic initiatives at the NNUH which help to bring about positive change for our staff and patients and we are keen to highlight these to the Fab Change Day team during their visit. Staff across the Trust have been thinking carefully about their pledges and we’re excited to utilise the national campaign to galvanise positive change across our Trust.”

Pledge walls will be set up in the East Atrium of the hospital for staff to register their pledges from Monday 17th October. Those already made include walking the ‘midday mile’, a circular route around the hospital, taking advantage of the flu jab available to hospital staff and commitments to increasing awareness of frailty across the hospital. Pledges will also be registered via an app linked to the national campaign so pledges across the country can be viewed collectively.

Jane Robey, Head of Improvement at NNUH and the NNUH ambassador for Fab Change Day said: “Fab Change Day encourages us to be the change we want to see in the NHS. From embracing innovative digital solutions to finding new ways to understand the needs of our patients, Fab Change Day gives us an opportunity to focus, as individuals and as a collective, on implementing positive change.”

NHS Change Day was created in 2013 by a small group of emerging clinicians and improvement leaders. Their idea was to create a mass movement led by NHS staff to demonstrate the difference they could make by one simple act, proving large-scale improvement is possible. That day was the biggest day of collective action for improvement in the history of the NHS. This year, The Academy of NHS Fabulous Stuff has been commissioned by NHS England to run the day. 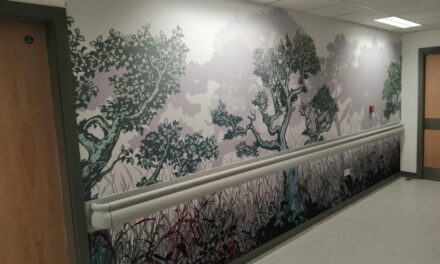 Medal awarded to NNUH doctor for contribution to anaesthesia