The Inspirational Fundraising Awards were set up to honour the hard work and contribution of community fundraisers who support the hospital charity.

Six awards were presented, including the Award for Outstanding Contribution to NNUH Fundraising which was won by the Norfolk and Norwich Liver Group. The group, which were also given the Silver Award in the Inspirational Fundraising Team of the Year category, have raised more than £27,000 this year in order to purchase a portable scanner for the hospital.

At only 11 years of age, Jasmine Lewis was the recipient of the Inspirational Young Fundraiser of the Year, having inspired her school to raise more than £300 for the Paediatric Rheumatology department at the hospital. The Inspirational Fundraiser of the Year Award went to Claire and Simon Nicholl who have raised over £20,000 in memory of their son.

Ellie’s Love, a charity set up by Nick and Elaine Lodes collected the Award for Inspirational Fundraising Team of the Year, having donated £5,000 towards the newly opened playground at the hospital’s Jenny Lind Children’s Department.

Inspirational Fundraising Company of the Year went to Duff Morgan who have raised nearly £10,000 for cancer at the hospital in memory of a colleague who sadly passed away from a brain tumour. In 2016, the company continue to support the hospital having selected NICU as their charity of the year following support the unit provided to a member of staff and their baby.

Staff fundraisers were also celebrated during the evening, with the Award for Inspirational NNUH Staff Fundraiser going to the Older People’s Medical Wards who have been fundraising to update their day rooms for patients. The award was collected by Julie Payne, Deputy Sister on Holt Ward on behalf of the delighted team.

Louise Cook, Fundraising Manager at the NNUH said, ‘these Awards are all about saying thank you to those inspirational groups and individuals who have given up their time to raise funds to support the hospital. We are extremely grateful for the kindness and generosity shown by our nominees and hope that they have had a fantastic evening. In addition we’d like to voice our appreciation for the many supporters who are too numerous to name but whose help makes a huge difference. ’

John Fry, Chairman of the NNUH who presented the awards on the night said, ‘We’re delighted to be able to recognise individuals and groups who, through their fantastic fundraising efforts, make a huge contribution to our hospital and the wider community. It’s been a humbling experience to hear the stories of our fundraisers this evening and I would like to extend our sincere thanks to all our fundraisers for their support.

The awards took place in the Benjamin Gooch Lecture Theatre as part of the Trust’s AGM.

To donate to the hospital charity please visit www.nnuh.nhs.uk, email fundraising@nnuh.nhs.uk or call 01603 287107 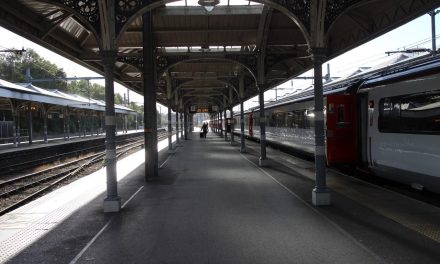