As the third annual national Invasive Species Week starts this Monday, 27 March experts from Norfolk’s Non-native Species Initiative are calling on insect spotters young and old to keep an eye out in Norfolk for Britain’s first ant invader.

It is believed that the ant (Lasius neglectus) first arrived in the UK eight years ago and is the first non-native ant species to have made a home here with sightings in just six locations across the country so far*.

The ant looks very similar to our common brown garden ant so Doreen Wells, Norfolk County Recorder for Ants, suspects it could use its innocent appearance to slip past Norfolk’s wildlife enthusiasts.

Doreen says: “This ant is normally spread into new areas accidentally, through a nest hidden in the bottom of a garden centre pot plant or when infested soil is imported to a new area.

“We know colonies of Lasius neglectus have been discovered recently in Cambridgeshire – how long before they cross the county line into Norfolk?”

Although it might seem harmless, Doreen warns that this invasive garden ant has a fatal attraction to electricity, overrunning fuse boxes, plugs and electrical equipment. The largest colony ever found in the UK consisted of 35,000 ants crammed into a single small fuse box.

It could also have a major impact on local insect biodiversity as the ant excludes native ant species from areas around the colony and also has an impact on ground foragers such as woodlice and beetles.

The ants’ origins are mysterious but experts believe it may be native to western Asia. It usually nests in the ground beneath stones or paving, building huge underground ‘super’ colonies which can stretch undetected for miles.

At first glance this invader appears similar to the common brown garden ant however on close inspection its antennae lack the tiny hairs seen on the native species. As the ant has a shorter hibernation period than the native species it is a good idea to look out for ants which appear to be unusually active early in spring or in late autumn.

The ant is most likely to be found in parks and gardens, including botanic gardens, or urban areas with trees. Although these are habitats in which the common brown garden ant can also be found if abnormally large numbers of workers (possibly in the hundreds) are seen to be climbing up and down trees, then specimens should be taken for examination. If an infestation of ants is found in a fuse box or similar this should be reported immediately to Doreen Wells.

Members of the public are urged to report any sightings to:

· In 2015, the Non Native Species Society and Defra launched the first Invasive Species Week, bringing together a range of organisations to raise awareness of invasive non-native species and inspire people to #GetINNSvolved and stop the spread. Find out more here: http://www.nonnativespecies.org/index.cfm?sectionid=132
· Find out more about invasive non-native species and their impacts
· Follow #InvasivesWeek on Twitter from the 27 March for more info and events

How to identify the invasive garden ant – for detailed information and comparison pictures visit: http://www.nonnativespecies.org/alerts/

Find out more about the Norfolk Non-native Species Initiative: www.norfolkbiodiversity.org/nonnativespecies

*The six locations where the ant has been recorded in the UK: 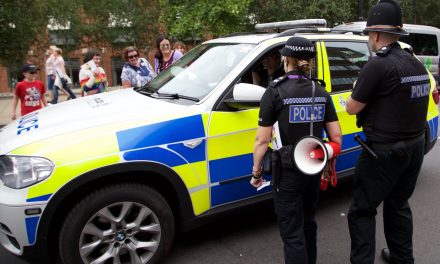