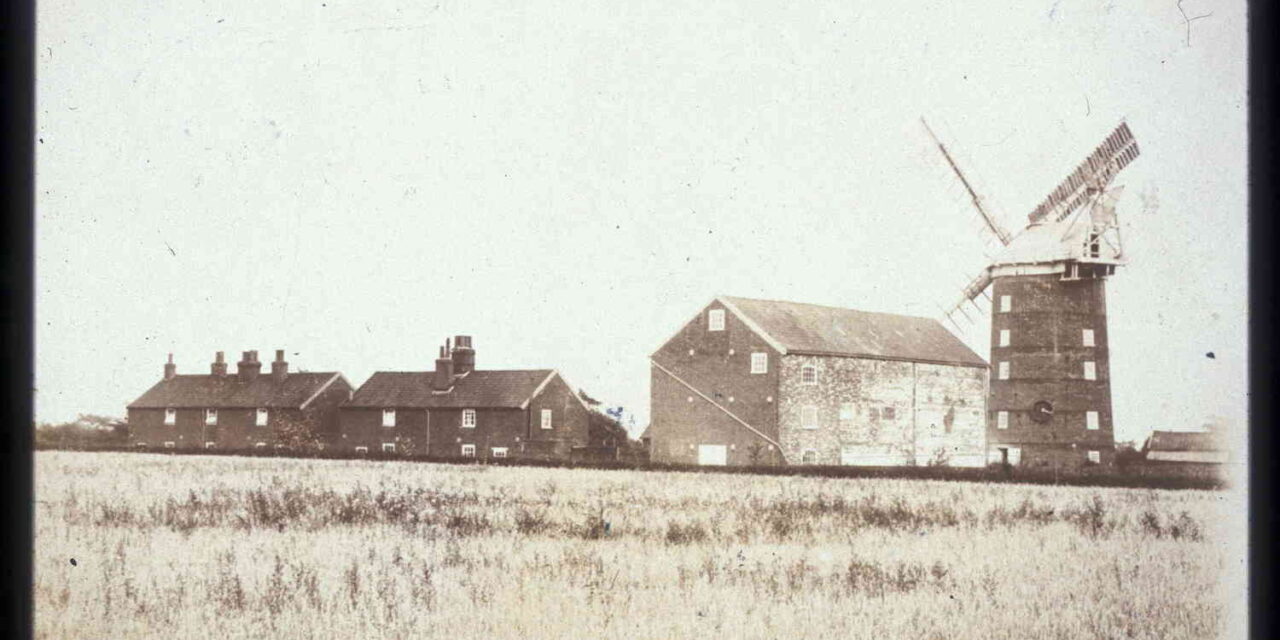 An historic grade II* listed Norfolk mill is set to be reopened to the public thanks to support from Historic England and the Association for Industrial Archaeology. It is hoped the major repair works starting this week are a first step towards rescuing the mill from Historic England’s Heritage at Risk Register.

Repairs to the unique 202-year-old Old Buckenham Mill can now get underway after the Norfolk Windmills Trust successfully secured funding of £95,325 from Historic England, and £20,000 from the Association for Industrial Archaeology.

Old Buckenham Mill has been closed to the public since 2018 when a pre-existing bulge in the brickwork at the base of the mill started to worsen by showing signs of further cracking and movement. The cracks were found shortly before The Friends of Old Buckenham Mill were due to mark the mills 200th birthday with a celebration, which sadly had to be cancelled.

Martin Wilby, Chairman of the Norfolk Windmills Trust who maintain the building, which is now owned by Norfolk County Council, said: “I am very pleased to see this much needed work start on Old Buckenham Mill, which will enable it to be opened up to the public next spring. I wish to thank the Friends and Volunteers at the mill who have been fundraising and campaigning to restore the mill back to working condition.”

Previously owned by the Colman family, well known for the famous Colman’s mustard, and then by Prince Frederick Duleep Singh, the mill in later years fell into disrepair before finally being taken into the care of the Norfolk Windmills Trust.

Tony Calladine, Regional Director for Historic England in the East of England said: “We’re delighted to support the urgently needed repair of Old Buckenham Mill with this grant. As the largest diameter mill in the country, it is a rare survivor of our agricultural heritage and an important local landmark.”

Old Buckenham Mill is not only the largest diameter tower mill still surviving in the country but also features a unique mechanism to turn the large heavy cap and sails into the wind.

Work begins this week on erecting full height scaffolding then extensive repairs to the tower’s aging brickwork will start. The mill’s ground floor will also be removed and replaced, and repairs will be made to floor beams, the cap and internal walls. The two grants will cover the majority of the £119,156 cost of the work with the remainder of the funding coming from the Friends of Old Buckenham Mill, who have been fundraising locally, and the Norfolk Windmills Trust.

Once the first phase of work is complete the mill can be reopened to the public by the active volunteer group while further funding is sought for the phase 2 works to the cap and running gear. After this work is done it is hoped that the mill may finally be removed from Historic England’s Heritage at Risk Register. The final phase will be to reinstate the stocks and sails. In 2019 the Norfolk Windmills Trust received Development Funding from Historic England in 2019 to carry out a measured survey, structural survey, specification and schedule of work.

The phase 1 works starting this month will include extensive tower brickwork repairs, removal and replacement of the ground floor in the mill, timber repairs to floor beams and fly frame, temporary cap repairs and removal of the chicken wire reinforced cement render band to the internal ground floor walls. The works will be overseen by Nicholas Warns Architects and carried out by Phoenix Build.

The mill was built in 1818 and had two illustrious owners during its working life. In 1826 Mary Burlingham the daughter of John Burlingham (possibly the first mill owner) married James Colman, the nephew of Jeremiah Colman, founder of the famous mustard business. James went into partnership with Jeremiah in 1823 to form J & J Colman and in 1862 Jeremiah James Colman, the son of Mary and James, bought the flour mill as part of the business. In 1900 J & J Colman Ltd. sold the mill to Prince Frederick Duleep Singh who owned the mill until 1905 as part of the Old Buckenham Hall estate.

The large red brick five storey tower mill has a Norfolk boat shaped cap and would have had four double shuttered patent sails. It is possibly the largest diameter tower mill still surviving in the country and has very little batter, from 26’6” at the base rising to 23ft. at the curb. The curb being the largest in the country. One of the unique features of the mill is that it is winded by a combination of a spur pinion and worm drive as the cap is very large and heavy. The mill was built to house five sets of stones one set for grist and four for flour milling. The stones are underdriven by a 13ft. great spur wheel.

In 1856 a granary was built adjacent to the mill and eventually housed a steam mill with 4 pairs of stones, later changed to an oil engine and now converted to residential accommodation. The mill was severely damaged in a storm in 1879 and a new windshaft and refurbished brakewheel, possibly from the old chapel post mill site in the village, was installed by T. Smithdale and Sons. It has been suggested that the mill had 8 sails before it was damaged in the storm but there is no evidence for this.

The mill ceased working in 1926 when the fantail failed and was too costly to repair. The last miller was William John Goodrum, who had an arm amputated in 1921 when it was caught in the drive belt. Some of the machinery was transferred to the granary where production continued for a while. During WWII an Army mixed searchlight battery was stationed in the village and the tower was used as an observation post. Some WWII graffiti still survives in the mill. The derelict mill was sold to Clifton Hilton in 1952 and became a farm store. In 1969 the mill was struck by lightning causing a small fire and in 1976 the mill was partially dismantled on safety grounds and a temporary cap was fitted.

Throughout the 1990s the Trust carried out a programme of restoration with a new cap and sails, reusing as much as possible of the old timber and metalwork. The old timber brakewheel was beyond repair and was recorded by NIAS before disposal. In 1995 the mill was gifted to Norfolk County Council by Clifton Hilton’s widow, Grace Emma Hilton, and via a management agreement dated 2008 and extended in 2016 until 2042 the mill was passed into the care of the Trust.

About the Norfolk Windmills Trust

The Norfolk Windmills Trust, Registered Charity (no. 1033274) was set up by Norfolk County Council in 1963, in response to a public demand for action to support Norfolk’s many mills. The Trust is a conservation charity and now cares for 22 heritage assets across 14 locations.

We are Historic England, the public body that helps people care for, enjoy and celebrate England’s spectacular historic environment, from beaches and battlefields to parks and pie shops. We protect, champion and save the places that define who we are and where we’ve come from as a nation. We care passionately about the stories they tell, the ideas they represent and the people who live, work and play among them. Working with communities and specialists we share our passion, knowledge and skills to inspire interest, care and conservation, so everyone can keep enjoying and looking after the history that surrounds us all.

This project has been supported by a restoration grant from the Association for Industrial Archaeology, the national society for industrial heritage, which has supported the study, preservation and presentation of industrial heritage in Britain since 1973. More information can be found at https://industrial-archaeology.org. 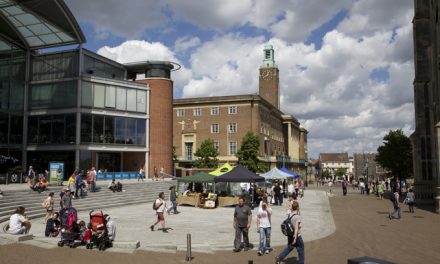