Police are warning members of the public to be vigilant after four incidents of mobile phone theft by men using distraction techniques.

In Wymondham today (29 May) at about 12.25pm suspect(s) targeted an estate agents in the Market Place, placing newspapers on a desk to cover the victim’s phone. They started a conversation to distract the victim before removing the papers and taking the mobile phone as well.

Similar incidents include a theft in Ingham Suffolk on Friday 17 May and another at McDonalds, Thetford on Monday 20 May in which a mobile phone was stolen. Two men asked members of the public for Euros whilst hiding the mobile phone under papers. A third incident was also reported to police on Tuesday 28 May when a mobile phone was stolen from a hairdressers in Thetford, again involving two men distracting the victim by asking about hair products.

In all incidents the men suspected of being involved were seen leaving the area in a dark coloured vehicle, possibly a BMW or a Mercedes.

Members of the public are reminded of the below advice in order to prevent becoming a victim of distraction theft:
Busy, public areas such as shopping centers and public transport are popular places for distraction or pickpocket offences where we may be distracted or close contact with others is normal. Be alert to your surroundings.
Keep your mobile phone hidden from view such as in an inside pocket (not hanging out of a back pocket) or inside a closed bag.
Think about when you use your phone and who is around you.
Don’t leave your phone unattended in public places.

Anyone with any information should contact the Breckland Engagement Officer, PC Paula Gilluley on 101 or by email at Paula.Gilluley@norfolk.pnn.police.uk. 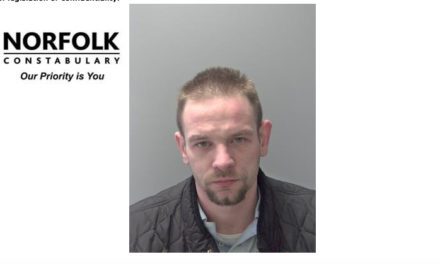