Marta Ortega with the Artistic Director Carlos Acosta in Mermaid

Carlos Acosta has had a distinguished dance career which has seen him perform with some of the World’s leading ballet companies but has returned to his home country of Cuba to found and develop what must be one of the most exciting new dance companies around now.

Acosta Danza is that company, and Carlos has also started his own Havana based International Dance Foundation to help develop the talents of young dancers. The twelve strong company brought a programme of five dances to the Norwich Theatre Royal which were rapturously greeted by a capacity audience. As the curtain rose at the start several ladies near me in the circle seats (and one or two chaps too) uttered an involuntary ‘Aoow!’ as the lights came up on two apparently naked forms spotlit on the stage. This first dance, ‘El Cruce Sombre El Niágara’ (The Crossing Over The Niagara) featuring two very fit and muscular men is based on a play by Peruvian playwright Alonso Alegria in turn inspired by the famous crossing by tight rope walker Charles Blondie in 1859. The two dancers Carlos Luis Blanco and Enrique Corrales performed a dual dance that was both hugely energetic and remarkably tender at the same time. You could see clearly just how those well toned muscles are developed. Performed to a score by Olivier Messiaen this thrilling start set the tone for an unforgettable evening.

The second piece, Belles Lettres, featured nine slightly more modestly attired dancers in a piece blending many classical ballet moves with more modern dance themes. The four couples and one central solo dancer each had their turn to perform on their own in this romantic and elegant work.

After the interval the twelve dancer ‘Imponderable’ introduces a new approach to stage lighting, with dancers carrying fiercely bright torches that are often the only light on the stage. New tech can distract from performer skills, but here the clever lighting enhances an already stunning bit of choreography. This is followed by the two dancer ‘Mermaid’ featured a delightful performance by Marta Ortega with the Artistic Director Carlos Acosta himself. Their fluidity together makes the two look like one for much of their dance together, while Marta on her own shows huge skills and beams with joy whenever she is facing the audience, like a cheeky schoolgirl who has just won a prize.

The final dance, ‘Twelve’ which again features all twelve company members is one of the most spectacular dance works I have seen. On stage as the curtain rises are 36 litre bottles of water, each with a light or glow stick inside floating in the water. A dancer approaches these slowly, then starts lobbing every single bottle over his shoulders to the rest of the ensemble who in turn juggle, throw and dance with the bottles at a frenetic rate. The dancers count out their numbers like a school roll call, earning audience delight when they switch between Spanish and English numbers. The bottles spend as much time airborne as on the stage floor, and are used as props while increasingly frenetic dances are performed between the twelve performers. The audience explode with spontaneous enthusiasm as more and more impossible feats occur as the work climaxes. A simple idea perfectly executed and a memorable end to a spectacularly good show.

All the dancers in this new young company are from Cuba and show an infectious enthusiasm. They can all master the trickiest of traditional ballet moves together with a more Latin-feel modern dance speed and fluidity. Carlos Acosta has been the winner of many awards and commendations in his career to date, but he will undoubtedly gain many more with his hugely talented company following this Debut. The five choreographers involved have combined to create the one ‘must see’ dance programme for 2018. 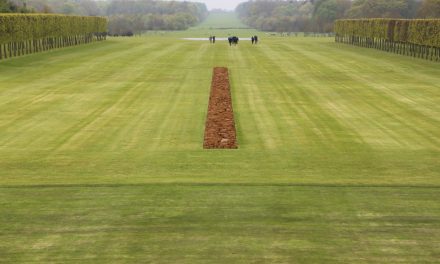 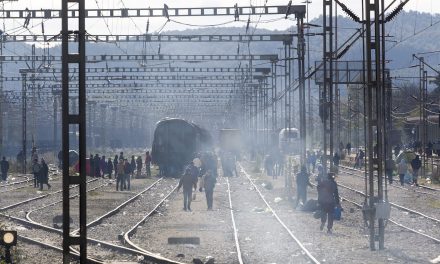