The arrival of the first ever UK tour of MAMMA MIA! in Norwich is now just six weeks away and will be bringing with it a very welcome dollop of warm Mediterranean sunshine and a feel-good holiday vibe.

On stage at Norwich Theatre Royal for four weeks from February 28 to March 25, this much-loved sunny and funny tale of family and friendship combined with ABBA’s iconic and timeless music has now been seen by over 60 million people worldwide.
MAMMA MIA! is producer Judy Craymer’s ingenious vision of staging the story-telling magic of the songs of 1970s/80s ‘Super troupers’ ABBA, and she promises a show with “a big heart”. “People love it so they return. In the audience sometimes, one member will turn to the other and say ‘Is this your first time?’. It’s like ‘welcome to the club’,” she said.

In common with audiences around the world, theatre-goers enjoying the show as it tours the UK can’t wait to get up on their feet to dance to Waterloo and Dancing Queen, sung by Donna and the Dynamos in wonderful Seventies spandex outfits in the show’s finale.

Judy Foster, of Norwich Theatre Royal, said: “We’re thrilled that this huge smash-hit musical is coming to Norwich. Everyone needs a little joy and escapism in their lives and Mamma Mia! is one of those wonderful shows that gives you an inner glow and you leave the theatre walking on air. Plus you really can’t argue with those amazing ABBA songs – they have stood the test of time and still have the ability to stop you in your tracks.” 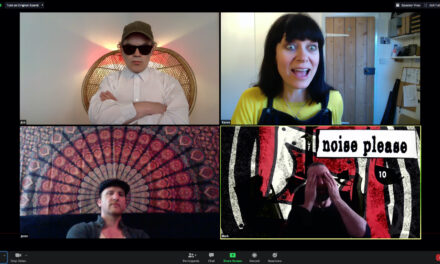