‘The Kinks’ in Sunny Afternoon – photo supplied
There can be little doubt about the impact of Ray Davies on the world of popular music. His compositions have given us some of the most memorable and loved tunes of the last half century. But genius often seems to be associated with a troubled life, and this hit musical details the story of the first few years of his band The Kinks.
There has been a theatrical vogue for musicals setting out the formation and early careers of pop groups in recent years, with ‘All or Nothing’ about Steve Marriott being a recent example to visit the Theatre Royal. They give the audience a glimpse into the history of the bands depicted and usually a chance for a singalong to some of their greatest hits. Sunny Afternoon settles firmly into this genre with a script that places a big demand on the skills of the energetic cast. The cast of fifteen are all called on to act, dance and sing in a vigorous and generally fast paced show, with a couple of musicians to help them along.
Ray Davies joined his younger brother Dave and friends Peter Quaife and Mick Avory in a band initially called The Ravens, but renamed the Kinks to achieve what Jon Savage calls ‘fame through outrage’. Davies was both scarred and inspired by the death of an older sister when he was 13 who had given him his first guitar. The strong London family background gives context to the Kinks story.
Ryan O’Donnell gives a convincing lead performance as the troubled but brilliant Ray Davies growing up in a Muswell Hill house with six older sisters and one younger brother, his bandmate Dave. The volatile Dave is brought to life by Mark Newnham who many will remember from the exuberant role of Steve Marriott in ‘All or Nothing’. Mark gives one of the best stage renditions of the wild young pop star that I have seen, hurtling from one excess to another and enjoying every minute of it. Ray Davies meanwhile was more measured. He married early, to a fan from Bradford who came from a Lithuanian immigrant background, Rasa Dicpetris. She was also a skilled backing singer whose voice helped to give a distinctive sound to early Kinks hits, although she is generally uncredited. Rasa is performed with elegance by Lisa Wright, a rising star of the musical world in her own right. Her duets with Ray are amongst the most touching moments of an emotional show.
At nearly three hours end to end this is a long show, and I found the ‘dialogue by singing’ stretched my tolerance a little, even though it seems an accurate portrayal of the way that Ray Davies thinks. However these quieter moments did give a welcome counterpoint to the brash, distorted rock guitar wall of sound that characterised their hits from ‘You Really Got Me’ onwards. When the brothers first discover the killer chords that start this tune I felt a tingle down the spine. These hits are what brings the audiences in and they will not be disappointed by the passion, power and prowess of these performers. The show climaxes with two of the best.
Along the route to fame and fortune we see the inevitable clashes with the dubious figures of the 60s music industry and the rather more threatening figures of the American chisellers who effectively closed down The Kinks’ ability to complete lucrative U.S. tours. There are several sub plots – the various tensions within the band, including between the two brothers. There is no shortage of detail and we are given compelling insight into the characters of the main protagonists in this history.
Amongst the audience tonight was Lord Mayor of Norwich Councillor Marion Maxwell, who confided to me in the interval that she was greatly enjoying the show and that a few years back she was one of those girls who jumped on the stage to get a bit closer to their hero Ray Davies! Perhaps bearing in mind the decorum expected of our Lord Mayor I did not see her on stage tonight, but there are a few more shows to go yet this week!
Audiences will go home happy from the great tunes, and knowing a lot more about the journey to fame of one of the most distinctive of English musical talents. The set and costumes are gorgeous and evocative, the delivery and timing of the cast are spot on.  Anyone who loves the music of Ray Davies and The Kinks will love this show, which will be filling theatres for many years to come, I am sure.
©Julian Swainson
Listing: 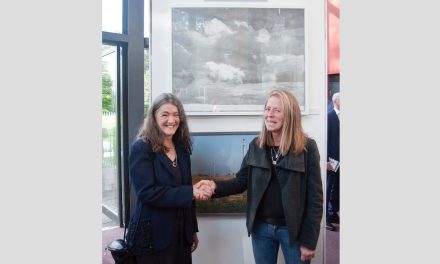