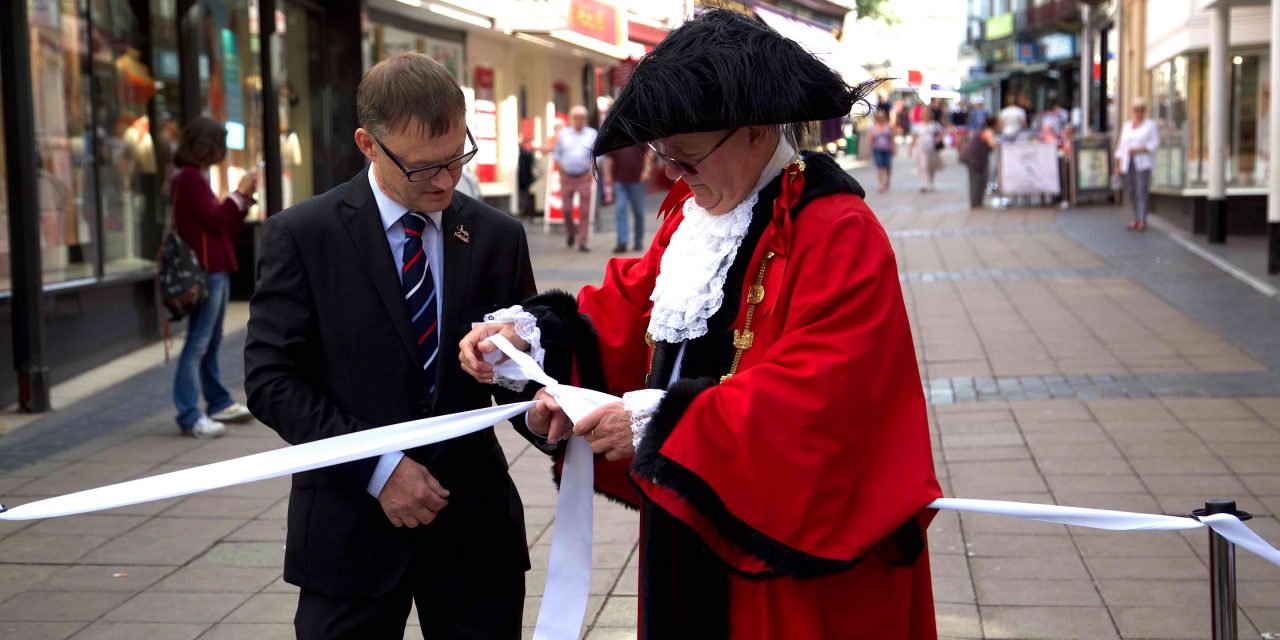 Shoppers in the city on Monday encountered an event celebrating 50 years since Norwich City Council made London Street the first UK shopping street to be pedestrianised.

Lord Mayor of Norwich, Councillor David Fullman, recreated the original ceremony, which closed the street to traffic on 17 July 1967, by the tying rather than cutting of a ribbon.

A new blue plaque marking this part of the area’s history was also unveiled.

To celebrate the anniversary, a series of posters are on display in London Street, showing its history from the turn of the 20th Century into ‘a street for feet’ in the late 1960s.

The posters and some archive films of the time, including the original ceremony and people’s reactions to the changes, are available on the city council’s website at www.norwich.gov.uk/londonstreet

Councillor Mike Stonard, cabinet member for sustainable and inclusive growth at Norwich City Council, said: “It’s wonderful to be marking 50 years since we made London Street the first shopping street in the UK to be pedestrianised. It shows how a bold decision brought an area of the city to life and began an approach to planning that has made Norwich the thriving, vibrant and people-focused city it is today.

“Having just celebrated completion of the Transport for Norwich project to pedestrianise Westlegate, we can look back on success stories such as London Street and see the benefits this sort of change brings to the local economy.”

The anniversary project has been put together in partnership between Norwich City Council, Norwich Business Improvement District and The Norwich Society.
Stefan Gurney, executive director, Norwich Business Improvement District, said: “Norwich is a creative, innovative and forward thinking city as demonstrated by the pedestrianisation of London Street in 1967 – the first in Britain. During the past 50 years, Norwich has continued to modernise, with the latest changes mirroring London Street with the pedestrianisation of the Westlegate area. Norwich is a city which embraces transformation and its fantastic that we can celebrate the progressive nature of the city centre with the 50th anniversary of Britain’s first pedestrian street.”

Paul Burall, from The Norwich Society, said: “In the early 1960s, there were many proposals to pedestrianise shopping streets but these had all failed in the face of opposition from shopkeepers. London Street was a breakthrough: its implementation was supported by the local retailers and the Norwich Society and clearly demonstrated that trade actually increased following pedestrianisation. Within three years, 19 other UK towns and cities had followed the Norwich example.”

Many of the pedestrianisation schemes in the city were opposed by traders, but before and after trade figures show that removing motor vehicles from shopping streets always increases their turnover. Norwich is the fourth most densely populated local authority district within the East of England and has the region’s largest economy and the highest ranking retail centre. Last year, footfall in Norwich was up 2.7 per cent while the national average for other cities fell by 1.1 per cent. It is the largest labour market in the region with approximately 60% of all jobs in Norfolk. More than 50,000 people travel into Norwich to work every day. 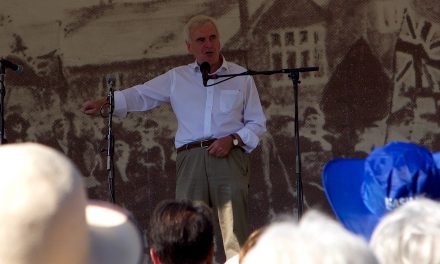